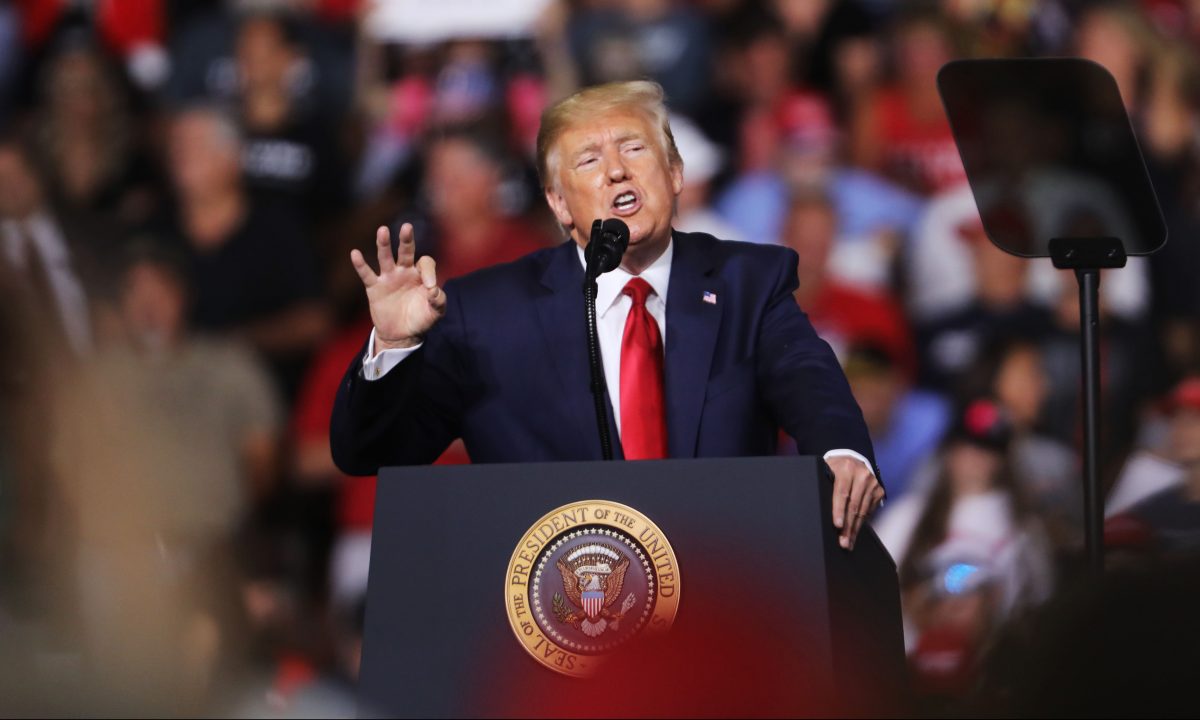 A conservative journalist’s viral tweet about President Donald Trump got an unexpected response from the commander-in-chief, and the interaction appears to have struck a chord among voters.

Following the recent Democratic debate, Republican journalist Kassy Dillon posted a video of Democratic 2020 contender Andrew Yang dancing with supporters after a rally. “Here’s the thing: I’m voting for Trump but I wouldn’t be friends with Trump. I’m not voting for Yang but I’d definitely be his friend,” she wrote.

“I’m OK with that!” Trump responded.

Dillon elaborated on Monday that while she does not always agree with Trump’s rhetoric, she will be voting for him in 2020 because he is protecting the religious community and making good on many campaign promises, a sentiment other conservatives have shared.

The young conservative appeared on Fox News on Monday, Sept. 16, after the response from the president.

Dillon said she believes that “results are more important than rhetoric.” She expressed that even though the president will often say or tweet things that are not politically correct he “has delivered on many promises that are important to me.”

Dillon told Fox News the response to her tweet has been “completely overwhelming…I can’t believe how many people agree with me.”

The president shared a story at the New Hampshire rally about a business man who apparently shares the same opinion as Dillon.

“‘That’s right, we’ve had our differences. I haven’t liked you, but to be honest with you, Mr. President, I have no choice.’ I said, ‘You’re right, you’re right. First thing I’ve ever heard him say that I agreed with. He’s got no choice.’”

“While I don’t like some of the things he tweets and says, I do want to vote for him,” Dillon continued.

“I voted for him in 2016 and I didn’t know what we were going to get,” Dillon remarked. “Now he has proven himself. Now I know that my vote is secure.”

Dillon listed Trump’s Supreme Court appointments, his decision to move the U.S. embassy in Israel from Tel Aviv to Jerusalem—which the previous three presidents had promised, but failed to achieve—and other foreign policy achievements. She mentioned Trump’s support of the religious community as a key reason he is getting her vote in 2020.

When asked why she would want to be friends with Yang, Dillon said the entrepreneur and philanthropist “is just a fun guy.” By comparison, she feels the other candidates “are trying way too hard.”

Dillon said that while comments Trump has made are not “in line with a lot of peoples’ religious values,” she believes that the president is “protecting the religious community, he is pro-life, and there are a lot of different things he is delivering on.”

Dillon is currently a writer for The Daily Wire, and founded the Lone Conservative blog site in 2016. Dillon’s profile has more than 129,000 followers on Twitter.

Lone Conservative is a “platform to allow conservative college students to voice their opinions in a world where their ideas are often repressed.” The Blog says its writers and contributors are from the “United States and beyond.”

Dillon is a social media influencer and her blog highlights many issues that concern conservatives, such as right to life, the Second Amendment, and providing a place for college-age students to safely express conservative ideas.

Trump Hopeful that a Trade Deal with China Will Come Soon, Likely ‘Greatest Deal Ever’