President Donald Trump was mocked on Twitter after the commanding general of the U.S. Army Corps of Engineers told him it was probably best not to reveal technology being used in newly constructed sections of the U.S.-Mexico border wall.

He then invited Lt. Gen. Todd Semonite, the Army chief of engineers, to expand on the details.

But Semonite responded: “Sir, there could be some merit in not discussing that.”

“OK,” replied Trump. “I like that, that was a great answer. I’ll just tell you, they’re wired.”

Oh my god. Trump starts to discuss apparently sensitive technology deployed at the border. Asks the General in charge to describe the technology.

The General’s response: “Sir, there could be some merit in not discussing that.” pic.twitter.com/FlSmiNTbLM 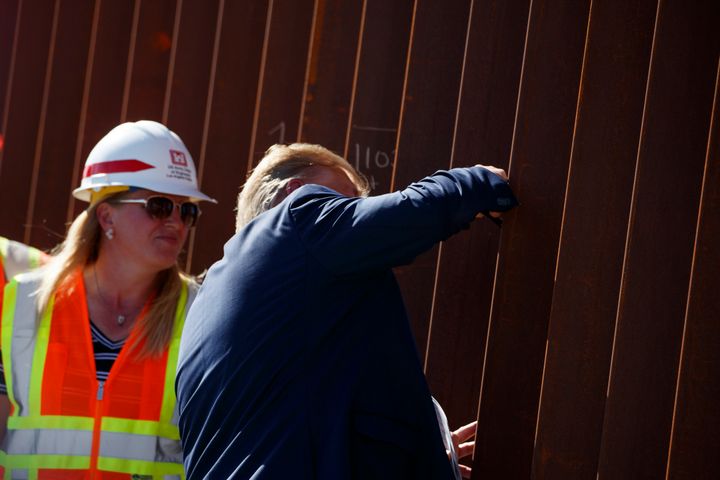 President Donald Trump signed his name on a section of the U.S.-Mexico border wall during a tour of the Otay Mesa area on Wednesday.

The general’s response should be written in sharpie in block letters on a card & clipped into a harmonica holder that the president wears around his neck at all times. https://t.co/rmifAlQpWO

Trevor Noah Admits There’s Something He Truly Appreciates About Donald Trump, For Real