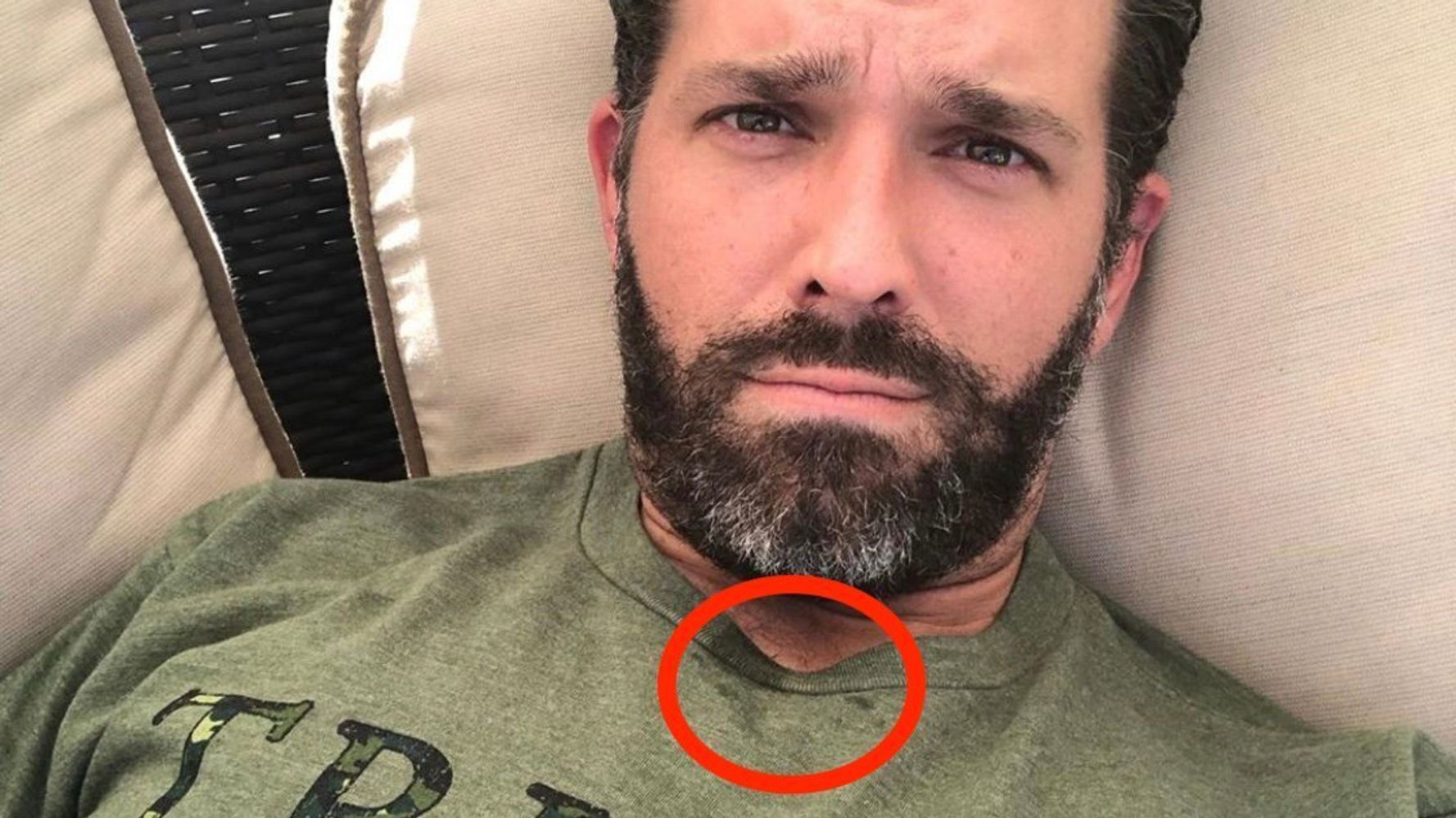 The image shared by the Trump Organization showed Trump Jr. seated at an angle, decked out in a $36 olive green T-shirt with the family’s name emblazoned across the front in a camo design. The stain appeared just under his chin.

It’s not clear where the items were manufactured. Several said “Made In America” in the description, such as the $32 socks, but most ― including the $185 embroidered football and $165 camo belt ― did not list a country of origin.

Social media users were quick to notice the son’s shirt stain and crack more than a few jokes about the new merch:

What idiot would buy camo branded with the name of a five time draft dodger?

I get it. It’s camo because when it came time for Trump to serve, no one could find him.

I think you need more camo for the drool under Jr’s chin. 🤤

For that “the Russians offered me information on my dads opponent, but I’m too cool to call the FBI” look.

Nothing says “Has been in an actual war” like a Trump-brand knitted camo wallet.

Does the doctor’s note come on camo stationery, too?