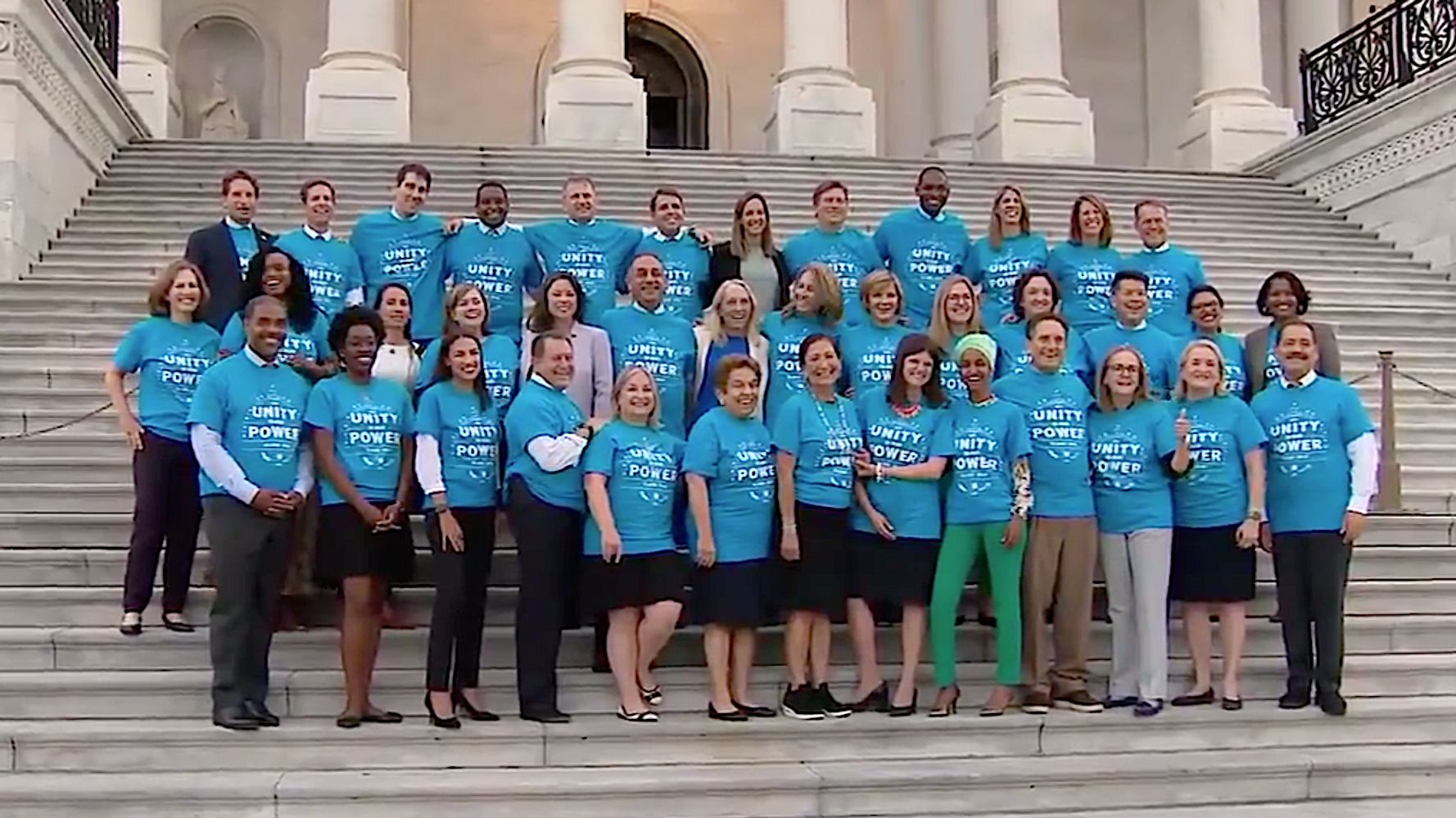 Dozens of freshman House Democrats donned matching T-shirts and posed for a “class photo” on the steps of the Capitol on Monday to send a “clear” message to President Donald Trump.

“Our unity is our power,” the lawmakers’ bright blue T-shirts declared.

Diversity is our strength; unity is our power. 🇺🇸 💪 pic.twitter.com/iEBgCcULJI

Reps. Alexandria Ocasio-Cortez (D-N.Y.) and Katie Porter (D-Calif.) came up with the idea for the photo op, CNN reported.

Porter told the network that the message on the T-shirts served as a “reminder to all of us to stay unified, and in that unity is the power that we need to make the changes we want to see in this country.”

Rep. Ayanna Pressley (D-Mass.) ― one of four freshman congresswomen of color, collectively known as “The Squad,” who has been frequently targeted by Trump ― said she hopes the president “gets the message loud and clear.”

Pressley said Democrats were “certainly united in defeating him and evicting him from the White House.”

Freshman @HouseDemocrats gather for photo wearing shirts that say “OUR UNITY IS OUR POWER.” pic.twitter.com/AktnCnIs1r

Political observers have noted that Trump’s inflammatory and often racist attacks on The Squad have served to enhance the group’s national influence and, in some cases, draw the fractured Democratic Party closer together.

House Speaker Nancy Pelosi (D-Calif.) used the phrase “our unity is our power” in July after Trump said The Squad ― all of whom are American citizens ― should “go back” to the “places from which they came.”

“When [President Trump] tells four American Congresswomen to go back to their countries, he reaffirms his plan to ‘Make America Great Again’ has always been about making America white again,” Pelosi, who has herself clashed repeatedly with The Squad on policy issues, said at the time. “Our diversity is our strength and our unity is our power.”

When @realDonaldTrump tells four American Congresswomen to go back to their countries, he reaffirms his plan to “Make America Great Again” has always been about making America white again.

Our diversity is our strength and our unity is our power. https://t.co/ODqqHneyES