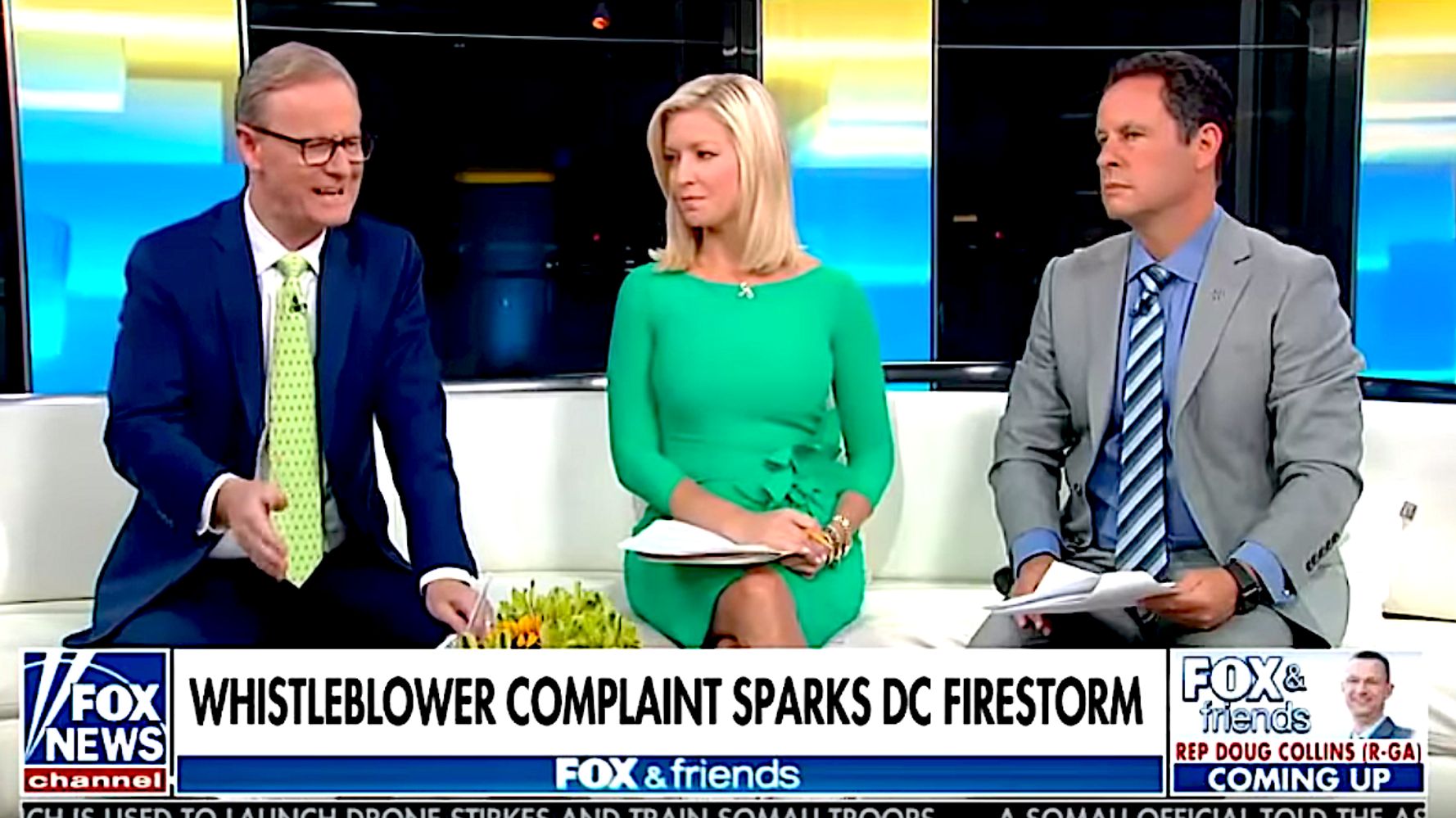 The hosts of “Fox & Friends” seem determined not to use the word “server” to discuss President Donald Trump’s use of a server.

An edit of Monday’s installment of the Fox News show posted by “The Daily Show With Trevor Noah” highlights the hosts’ somewhat awkward bending of the language ― including “super-secret separate computer” and “super-secret gizmo computer.”

The super-secret gizmo they’re referring to is a codeword-secured server used to store highly classified information of an especially sensitive nature ― the existence of which is not unusual ― which was used to store a transcript of Trump’s July 25 call with Ukrainian President Volodymyr Zelensky, a conversation that the president insisted was innocuous.

The whistleblower who brought this information to light said in a formal complaint, which was made public Thursday, that White House lawyers directed officials to remove the call summary from the White House system where the president’s call records are usually stored and move it to the top-secret server.

Trump has repeatedly attacked his 2016 Democratic presidential opponent Hillary Clinton over her use of a private server when she was secretary of state. He said it was “bigger than Watergate” and that Clinton deserved to go to jail for it.

Watch the “Daily Show” cut of the Fox News segment below: