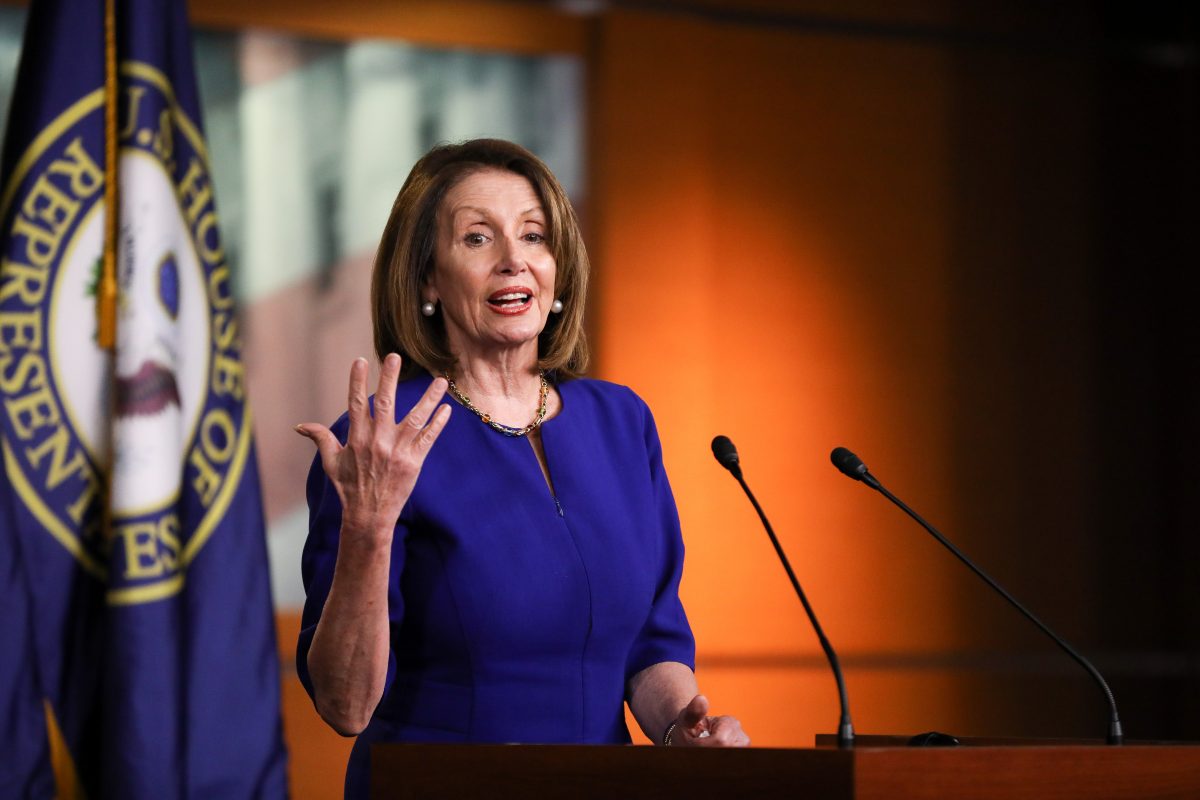 She alleged that Trump “seriously violated the Constitution,” saying that the House is “moving forward with an official impeachment inquiry.”

She met on Sept. 24 with her caucus of House Democrats before the planned statement.

Pelosi had publicly resisted the move despite other top Democrats pushing for it in legal filings and in the media. The move by some Democrats to impeach the president was stalled after former special counsel Robert Mueller found no evidence of Russian collusion.

On Sept. 24, Trump said he would release the transcript of his call with Zelensky.

The Democrats are so focused on hurting the Republican Party and the President that they are unable to get anything done because of it, including legislation on gun safety, lowering of prescription drug prices, infrastructure, etc. So bad for our Country!

“I am currently at the United Nations representing our Country, but have authorized the release tomorrow of the complete, fully declassified and unredacted transcript of my phone conversation with President Zelensky of Ukraine,” Trump wrote on Twitter.

“You will see it was a very friendly and totally appropriate call. No pressure and, unlike Joe Biden and his son, NO quid pro quo! This is nothing more than a continuation of the Greatest and most Destructive Witch Hunt of all time!”

Trump also said that, like the Mueller investigation, the push for impeachment is part of the “greatest and most destructive witch hunt of all time.”

Senate Minority Leader Chuck Schumer (D-N.Y.) said that he will back Pelosi’s decision.

“I speak regularly with Leader Pelosi. I spoke to her last night and again twice this morning. As I’ve said before, I believe she is handling this appropriately and she has my support,” Schumer told reporters, according to The Hill.

“I think the House has to initiate an impeachment inquiry as a means of securing the documents and witnesses necessary to understand the whole story and particularly the latest chapter involving Ukraine,” Durbin told reporters earlier on Sept. 24, reported The Hill.

House Intelligence Chairman Rep. Adam Schiff (D-Calif.) on Sept. 24 said the person who filed a complaint against Trump about the July 25 phone call wants to meet with Congress.

On Twitter, he announced that he was “informed by the whistleblower’s counsel that their client would like to speak to our committee and has requested guidance from the Acting DNI as to how to do so.”

“We‘re in touch with counsel and look forward to the whistleblower’s testimony as soon as this week,” Schiff said.

Correction: The headline on this article was updated on Sept. 24, 2019, to reflect the fact that Nancy Pelosi started an impeachment inquiry.