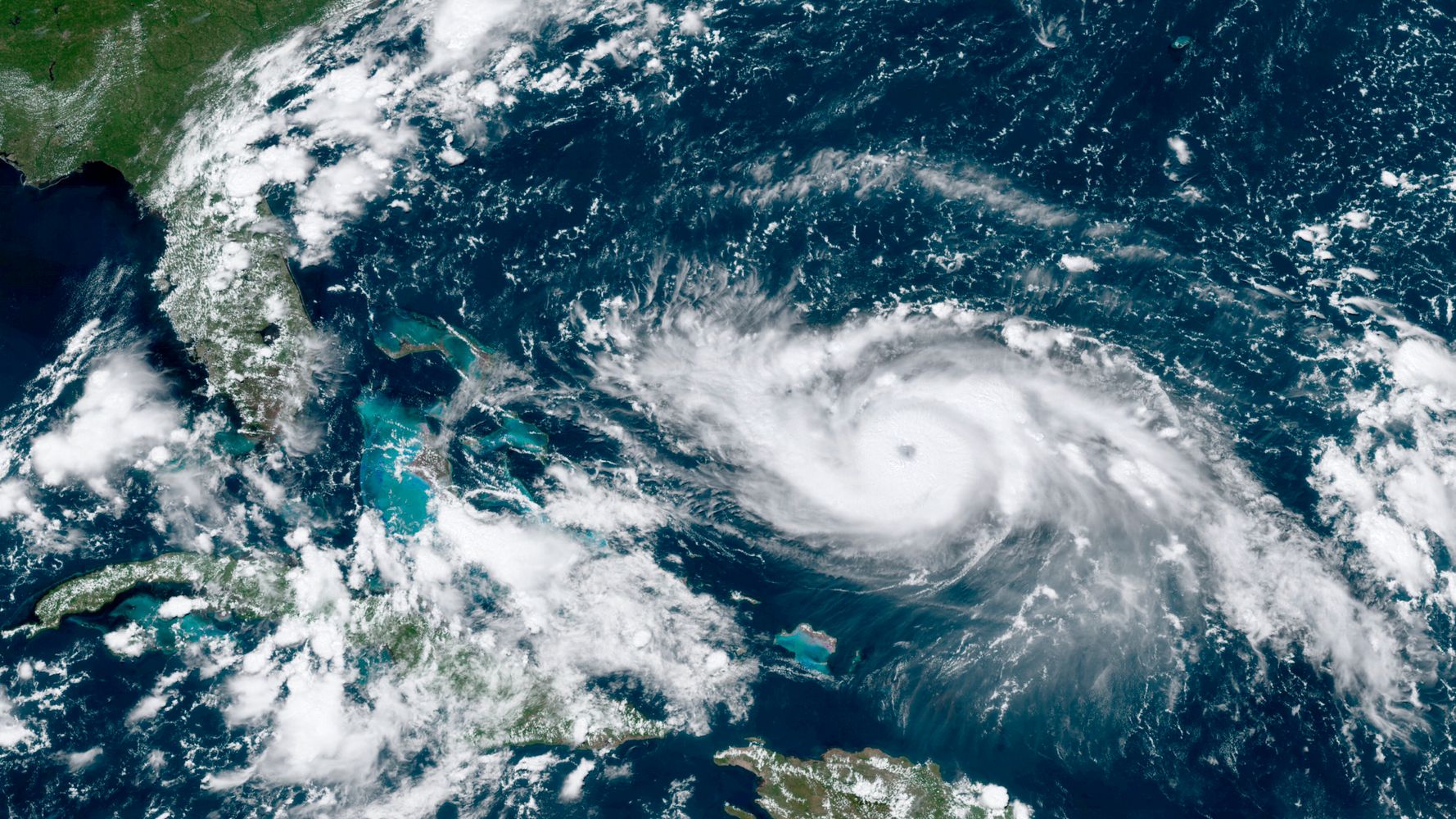 McLEAN’S TOWN CAY, Bahamas (AP) — Hurricane Dorian bore down on the Bahamas as a fierce Category 4 storm Saturday, with new projections showing it curving upward enough to potentially spare Florida a direct hit but still threatening parts of the Southeast U.S. with powerful winds and rising ocean water that causes what can be deadly flooding.

Dorian is packing 150 mph (240 kph) winds, and forecasters predict it will flirt with top-of-the-scale Category 5 wind speeds of 155 mph (250 kph) later in the day as it menaces the Bahamas.

The storm is expected to hit the northwestern part of the islands Sunday. Over two or three days, it could dump as much as 4 feet (1 meter) of rain, unleash high winds and whip up an abnormal rise in sea level called storm surge, according to private meteorologist Ryan Maue and some of the most reliable computer models.

After walloping the islands, forecasters said the ever-strengthening Dorian is expected to dance up the Southeast coastline, staying just off Florida’s shore and skirting the coast of Georgia, with the possibility of landfall still a threat Wednesday. It will continue up to South Carolina early Thursday.

The National Hurricane Center in Miami said the risk of strong winds and rising water will increase along the Georgia and South Carolina coasts by the middle of next week.

The center also stressed that Dorian could still hit Florida. But after days of a forecast that put the state and President Donald Trump’s Mar-a-Lago estate in the center of expected landfalls, the changes are significant.

“It’s going to be pretty scary because you’re going to have this gigantic hurricane sitting off the coast of Florida and it’s not going to move,” Maue said. But with the storm slowing and likely to turn north, he added: “The worst effects of a direct landfall are not in the forecast.”

“At this point, the track the hurricane center is issuing is not the catastrophe that could happen, which is good,” Maue said.

Millions of people in Florida have been in the changing potential path of the hurricane. Forecasters say Dorian will hover along Florida’s east coast Tuesday and Wednesday.

Florida Gov. Ron DeSantis warned residents not to let their guard down.

He added that even if Dorian doesn’t make landfall in Florida, the state could still be affected by “really significant storm surge” as it heads north along the East Coast.

Trump has declared a state of emergency in Florida and authorized the Federal Emergency Management Agency to coordinate disaster-relief efforts.

As Dorian closed in, Labor Day weekend plans were upended. Major airlines began allowing travelers to change their reservations without fees. The big cruise lines began rerouting their ships. Disney World and Orlando’s other resorts could be at risk.

Still, with Dorian days away and its track uncertain, Disney and other major resorts held off announcing any closings, and Florida authorities ordered no immediate mass evacuations.

But some counties told residents of barrier islands, mobile homes and low-lying areas to flee beginning Sunday — though those orders in Brevard and Martin counties could change.

To prepare, homeowners and businesses rushed to cover their windows with plywood. Supermarkets ran out of bottled water, and long lines formed at gas stations, with some fuel shortages reported.

At a Publix supermarket in Cocoa Beach, Ed Ciecirski of the customer service department said the pharmacy was extra busy with people rushing to fill prescriptions. The grocery was rationing bottled water and had run out of dry ice.

Coastal areas of the southeastern United States could get 6 to 12 inches (15 to 30 centimeters) of rain, with 18 inches (46 centimeters) in some places, triggering life-threatening flash floods, the hurricane center said.

In the Bahamas, canned food and bottled water were disappearing quickly from shelves and the sound of hammering echoed across the islands as people boarded up their homes.

“Do not be foolish and try to brave out this hurricane,” Prime Minister Hubert Minnis said. “The price you may pay for not evacuating is your life.”