In Rare And Contradictory Concession, Trump Extends Work Permits For Many Salvadorans 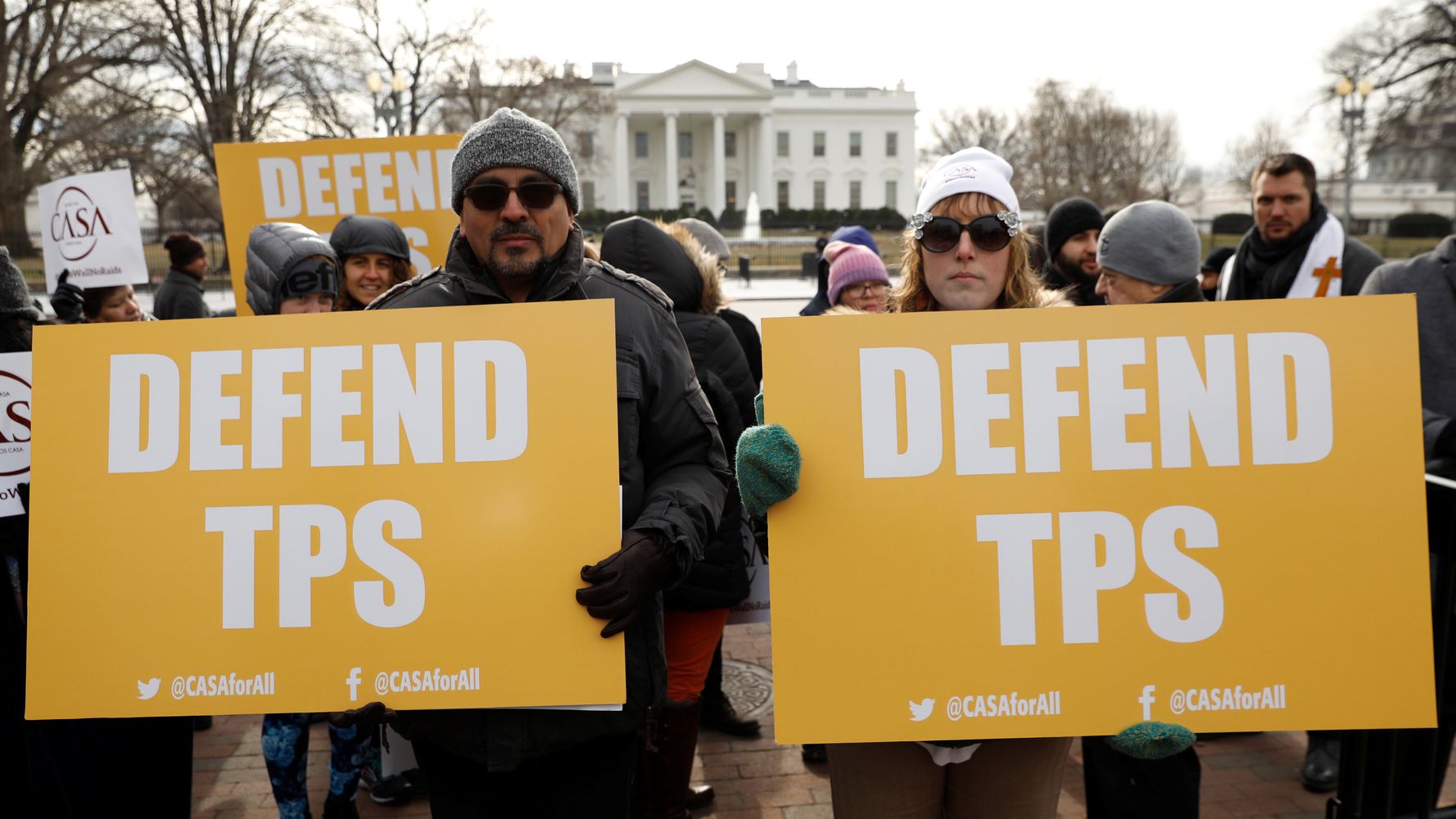 In a concession described as rare and contradictory, the Trump administration announced Monday that it had agreed to extend work permits for more than 200,000 citizens of El Salvador who’ve been living in the U.S. ― many for almost two decades ― under a program called Temporary Protected Status, or TPS.

It’s a significant policy reversal for President Donald Trump, who’s long pushed for the deportation of Salvadorans under TPS.

About 265,000 Salvadorans in the U.S. have TPS, a designation historically granted to immigrants whose home countries have been deemed too dangerous for them to return to because of armed conflict, natural disaster or other “extraordinary” circumstances.

The Bush administration first granted Salvadorans TPS ― which protects them from deportation and allows them to work legally in the U.S. ― in 2001, following a pair of catastrophic earthquakes in the Central American country. The status has since been renewed on an 18-month basis, The Washington Post reported.

But the Trump administration announced last year that it was terminating El Salvador’s TPS. The administration has also sought to end TPS for Haiti, Nicaragua, Sudan, Honduras and Nepal as part of its hard-line immigration agenda. Lawsuits have halted the elimination of the programs.

A year ago, a federal judge ordered the Department of Homeland Security to extend the protected status for Salvadorans and other immigrants under TPS  until January 2020.

As Vox noted, the 9th U.S. Circuit Court of Appeals is expected to soon issue a ruling in a case related to the Trump administration’s decision to terminate TPS. The legal showdown is likely to reach the Supreme Court.

I’d like to thank Acting Secretary of Homeland Security @DHSMcAleenan & @POTUS Trump for recognizing the progress made by the @NayibBukele administration in El Salvador by granting an additional transition period to Salvadorans living in 🇺🇸 under Temporary Protective Status #TPS pic.twitter.com/g2f7jTIXP4

On Monday, DHS said it had agreed to extend the validity of work permits for Salvadorans with TPS through Jan. 4, 2021. TPS beneficiaries would also be provided “an additional 365 days after the conclusion of the TPS-related lawsuits to repatriate back to their home country,” the agency said.

Trump officials, however, painted the decision in a different light.

“The administration’s goal is to create an orderly and responsible process to repatriate Salvadorans and help them return home,” DHS said in a statement. “However, a sudden inflow of 250,000 individuals to El Salvador could spark another mass migration to the U.S. and reinvigorate the crisis at the southern border.

“Taking into account these concerns, we have decided to provide additional time to work out that plan. We cannot allow the progress [President Trump] has made the past several months to be negated,” the agency continued.

The Trump administration’s about-face on the matter has prompted legal and ethical questions.

Ronald Johnson, the U.S. ambassador to El Salvador, said in a Monday video announcement that the Trump administration had agreed to an “extension” of TPS. However, as Vox pointed out, a formal extension of the program would require the U.S. to deem El Salvador too unsafe for people to return there.

In September, the U.S. and El Salvador brokered a controversial agreement that would require asylum seekers who pass through El Salvador en route to the U.S. to first apply for asylum there.

Kerri Talbot, director of federal advocacy for The Immigration Hub, told the AP that it was “absurd” for the Trump administration to “say people can claim asylum in El Salvador, but on the other hand people can stay in the United States because it is too dangerous to go back.”

Contradicting the U.S. ambassador to El Salvador, Ken Cuccinelli, the acting director for U.S. Citizenship and Immigration Services, insisted the latest agreement was not an extension of TPS ― even though, as the AP pointed out, the effect appears “to be essentially the same.”

(2/2) A clarification: some reporting has spoken of “extending TPS.” That has important legal meaning, and that’s not what happened w/ the agreements. Rather, work permits for Salvadorans will be extended for 1 year past resolution of litigation for an orderly wind down period.

The agreement also raises questions as to whether the Trump administration only extended the work permits for Salvadoran TPS beneficiaries because El Salvador agreed to cooperate with U.S. efforts to reduce Central American migration.

In March, Trump cut economic aid to El Salvador, as well as Guatemala and Honduras, to pressure on the countries to do more to curb migrant flows to the U.S; he recently unfroze the aid packages.

Hill, however, rejected suggestions that El Salvador was being rewarded for scratching America’s back.

“This is not a quid pro quo,” Hill said, according to the LA Times, using a phrase that Trump and his defenders have used frequently in the impeachment inquiry involving the president’s dealings with Ukraine.

According to the DHS, the U.S. and El Salvador also signed agreements this week that would allow the U.S. to “deploy officials from U.S. Customs and Border Protection and U.S. Immigration and Customs Enforcement to advise and mentor their El Salvadoran national police, border security, immigration, and customs counterparts.”

The two countries also agreed to increase the collection and sharing of biometric data.