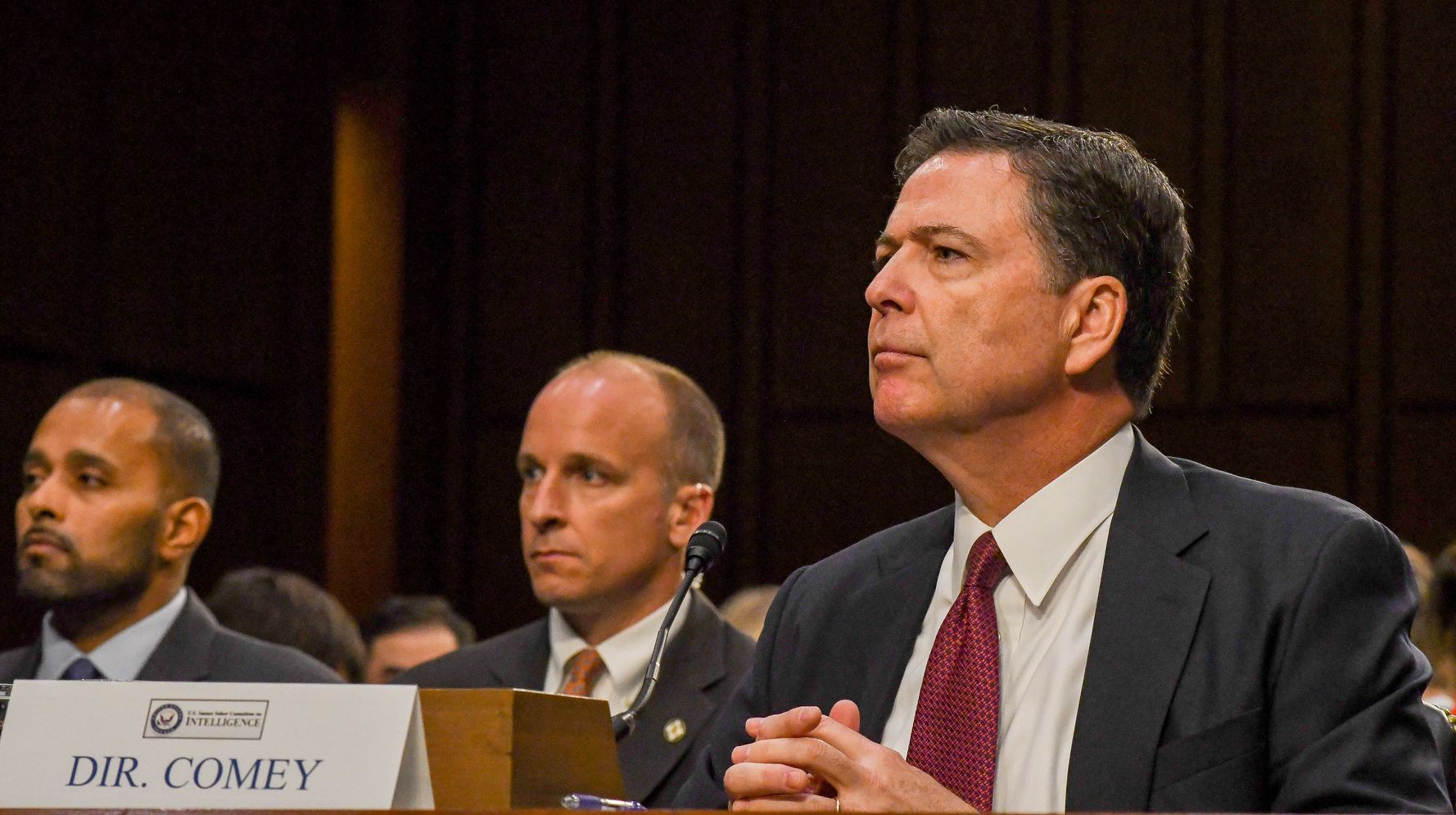 The Justice Department has decided not to prosecute former FBI Director James Comey over memos he wrote about his meetings with President Donald Trump and later shared with a friend, according to reports from CNN, The Washington Post and NBC News.

People familiar with the Justice Department’s investigation into Comey’s memos told The New York Times that the department declined to prosecute Comey even after determining that two of the memos contained confidential information.

According to CNN, Justice Department prosecutors didn’t find enough evidence that Comey intended to violate the law in his mishandling of classified information.

The decision is part of a larger internal review by the Justice Department’s Inspector General of the federal investigation into Russia’s interference in the 2016 presidential elections.

During testimony before a Senate committee in 2017, Comey revealed that he asked a friend who is a Columbia Law School faculty member to share details of his memos with a journalist.

One of the memos noted that Trump had asked Comey, then the FBI director, to drop the investigation into the president’s former national security adviser Michael Flynn.

Comey said he shared the memos in hopes that they would prompt a special counsel investigation into Russia and the 2016 election.

The Office of the Inspector General, a Justice Department watchdog, initially referred Comey for possible prosecution for sharing the memos, an opinion writer for The Hill first reported on Thursday.

The FBI labeled Comey’s memos confidential after he was fired in May 2017, according to The New York Times. A confidential classification is the lowest category of classified information in the government.