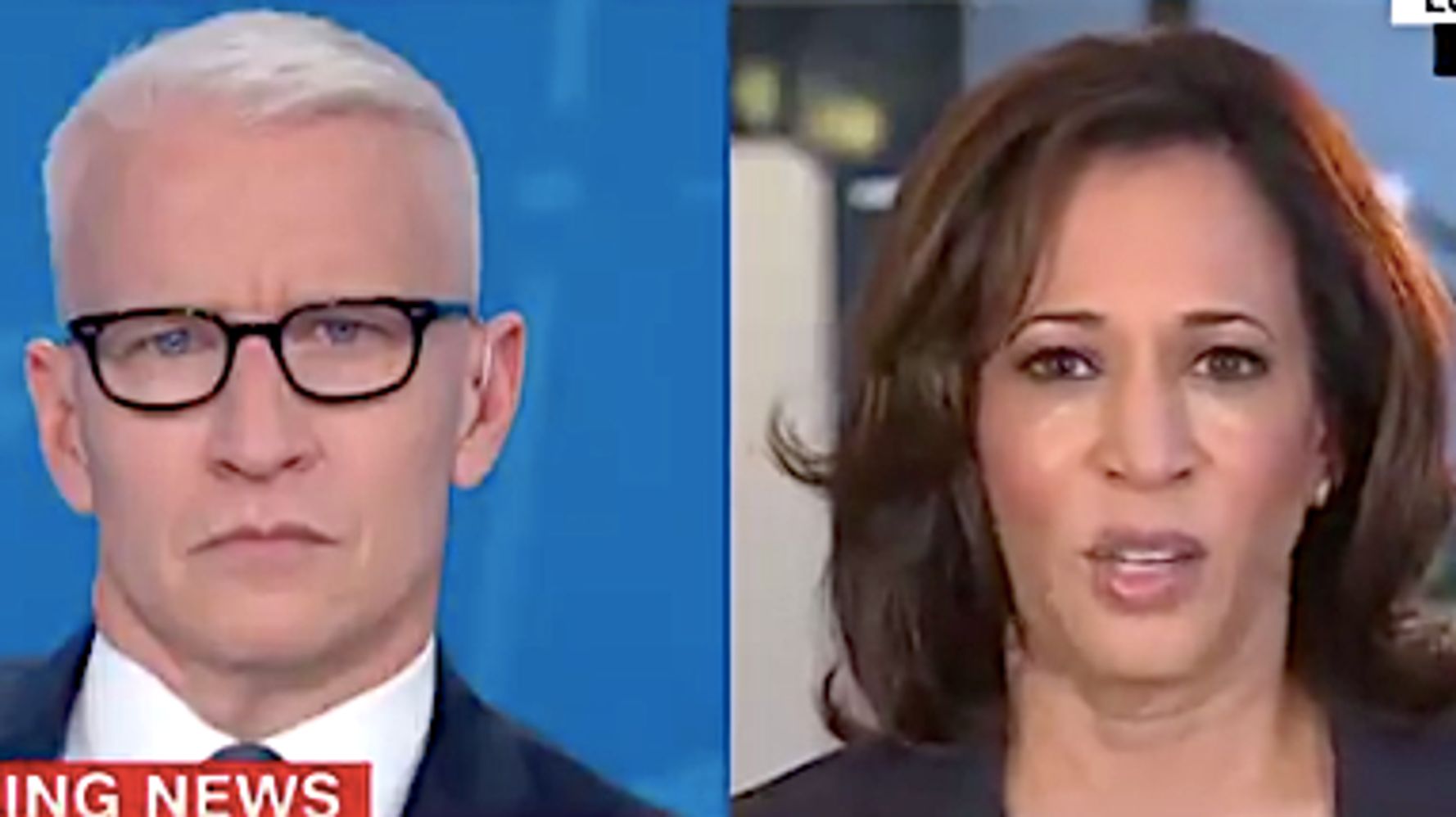 “There’s plenty of … evidence to suggest that he is irresponsible with his words in a way that could result in harm to other people,” Harris told Anderson Cooper on CNN’s “360.” “So the privilege of using those words in that way should probably be taken from him.”

“There’s plenty of…evidence to suggest that he is irresponsible with his words in a way that could result in harm…so the privilege of using those words in that way should probably be taken from him.” pic.twitter.com/k5SYGCuwX1

Trump has repeatedly attacked the whistleblower, and on Twitter Monday suggested House Intelligence Committee Chair Adam Schiff (D-Calif.) should be arrested for “treason.”

Rep. Adam Schiff illegally made up a FAKE & terrible statement, pretended it to be mine as the most important part of my call to the Ukrainian President, and read it aloud to Congress and the American people. It bore NO relationship to what I said on the call. Arrest for Treason?

On Sunday the president raised the possibility of national violence by quoting a right-wing pastor who warned of a “Civil War-like fracture” if Trump is removed from office.

….If the Democrats are successful in removing the President from office (which they will never be), it will cause a Civil War like fracture in this Nation from which our Country will never heal.” Pastor Robert Jeffress, @FoxNews

Harris said the president’s “tweets and his behaviors about this are just further evidence of the fact that he uses his power in a way that is designed to beat people down instead of lift people up.”

“When you look at what he’s been tweeting … directed at the whistleblower … I frankly think that based on this and all we’ve seen before, including attacking members of Congress, that … his Twitter account should be suspended,” Harris said.

In a meeting with supporters last week, Trump called the whistleblower and his White House sources “close to a spy.”

“You know what we used to do in the old days when we were smart with spies and treason, right? We used to handle it a little differently than we do now,” Trump said, apparently alluding to physical harm or death.

Shortly after those remarks, a Trump-supporting group offered a $50,000 reward to anyone who could identify the whistleblower. The whistleblower’s attorney wrote to acting Director of National Intelligence Joseph Maguire Saturday, saying Trump’s comments and the reward had raised concerns for his client’s safety.

The Whistleblower Protection Act prohibits federal agencies from threatening retaliation against individuals who raise concerns about wrongdoing in the government.

A Twitter representative couldn’t be reached for comment after normal business hours. Its policies bar harassment, as well as incitement to harm or violence.

“You may not engage in the targeted harassment of someone, or incite other people to do so,” Twitter’s rules against harassment say. “This includes wishing or hoping that someone experiences physical harm.”