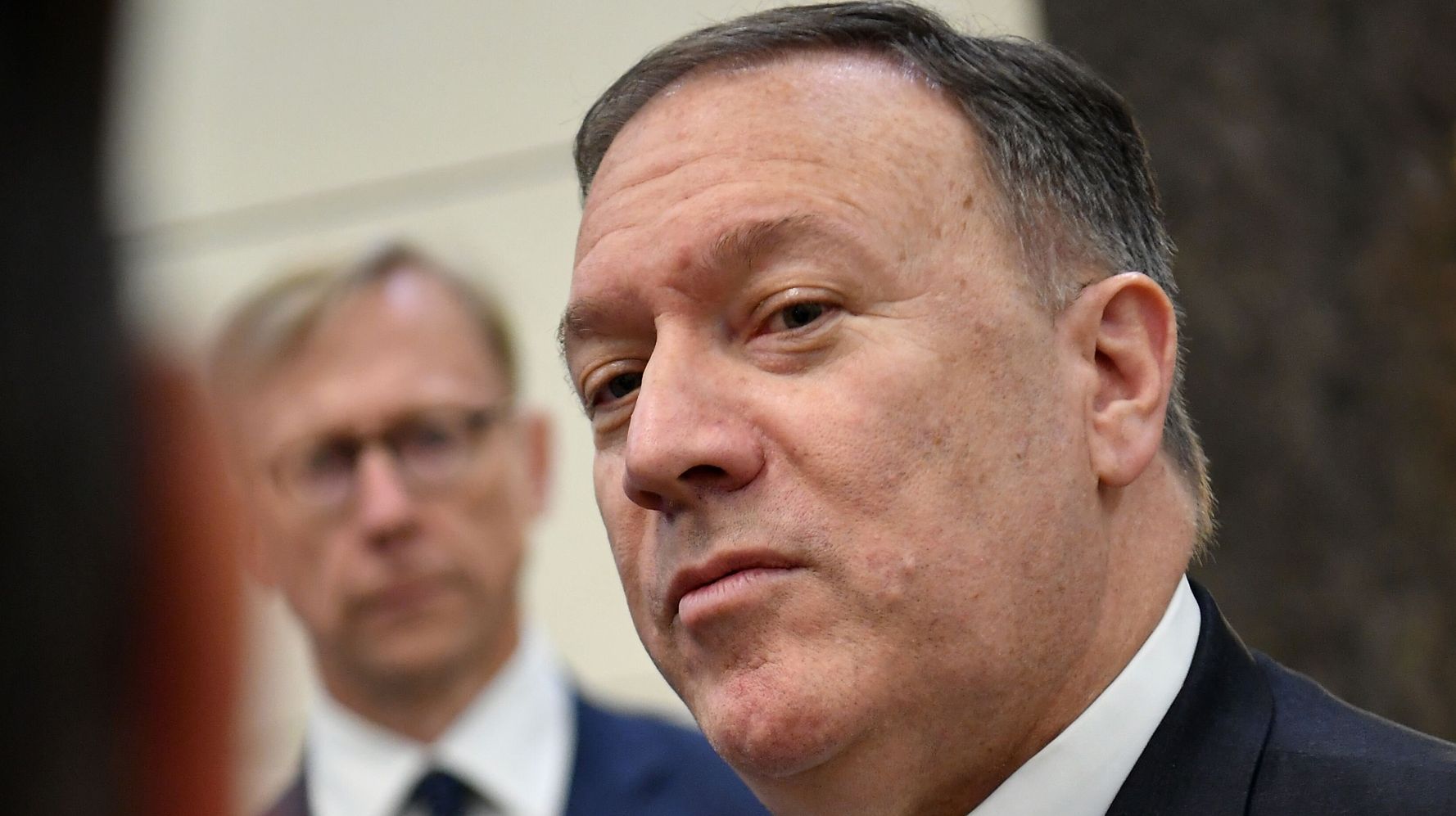 Pompeo, however, wouldn’t say if the State Department was providing support for Giuliani in his interactions with Ukrainian officials.

“I’m not going to talk about that,” Pompeo told “Face The Nation” host Margaret Brennan.

Pompeo made his statement of support for Giuliani hours before Trump’s admission on Sunday that he raised corruption allegations against Biden and his son Hunter during a July phone call with Ukraine’s newly elected leader, President Volodymyr Zelensky, at a time when the U.S. had suspended military aid.

Trump told Zelensky he should work with Giuliani on the matter, according to a whistleblower complaint about the president’s conduct, although Trump on Sunday didn’t confirm Giuliani’s role.

“Is it appropriate for the president’s personal attorney to be inserting himself in foreign affairs like this?” Brennan asked Pompeo.

Pompeo responded: “If there was election interference that took place by the vice president, I think the American people deserve to know.”

It wasn’t clear what Pompeo meant by “election interference” linked to Biden. Trump has alleged that Biden as vice president tried to block a corruption probe into a Ukrainian company linked to his son Hunter. But a Ukrainian official announced early this year that there was no evidence of wrongdoing by either Biden. Trump hasn’t mentioned anything about election interference by Biden.

[email protected] asked @SecPompeo if it was appropriate for @RudyGiuliani to call for a Biden investigation, and Pompeo said, “If there was election interference that took place by the Vice President, I think the American people deserve to know.” pic.twitter.com/zlUC3akIi3

“We know there was interference in the 2016 election,” Pompeo said Sunday.

Former special counsel Robert Mueller determined in his investigative report earlier this year that the Russian government “interfered in the 2016 presidential election in sweeping and systematic fashion” in an attempt to aid Trump.

But Pompeo was likely referring to Giuliani’s evidence-free conspiracy theory about the election. He has claimed that a Ukrainian journalist whose information helped convict former Trump campaign manager Paul Manafort on fraud and conspiracy charges was part of a Democratic plot to impact the election. Manafort is serving seven years in federal prison.

Trump admitted Sunday he “largely” discussed corruption — and Biden and his son ― with Zelensky after deriding the press for days about “fake” stories. Trump’s actions are triggering renewed calls for his impeachment.