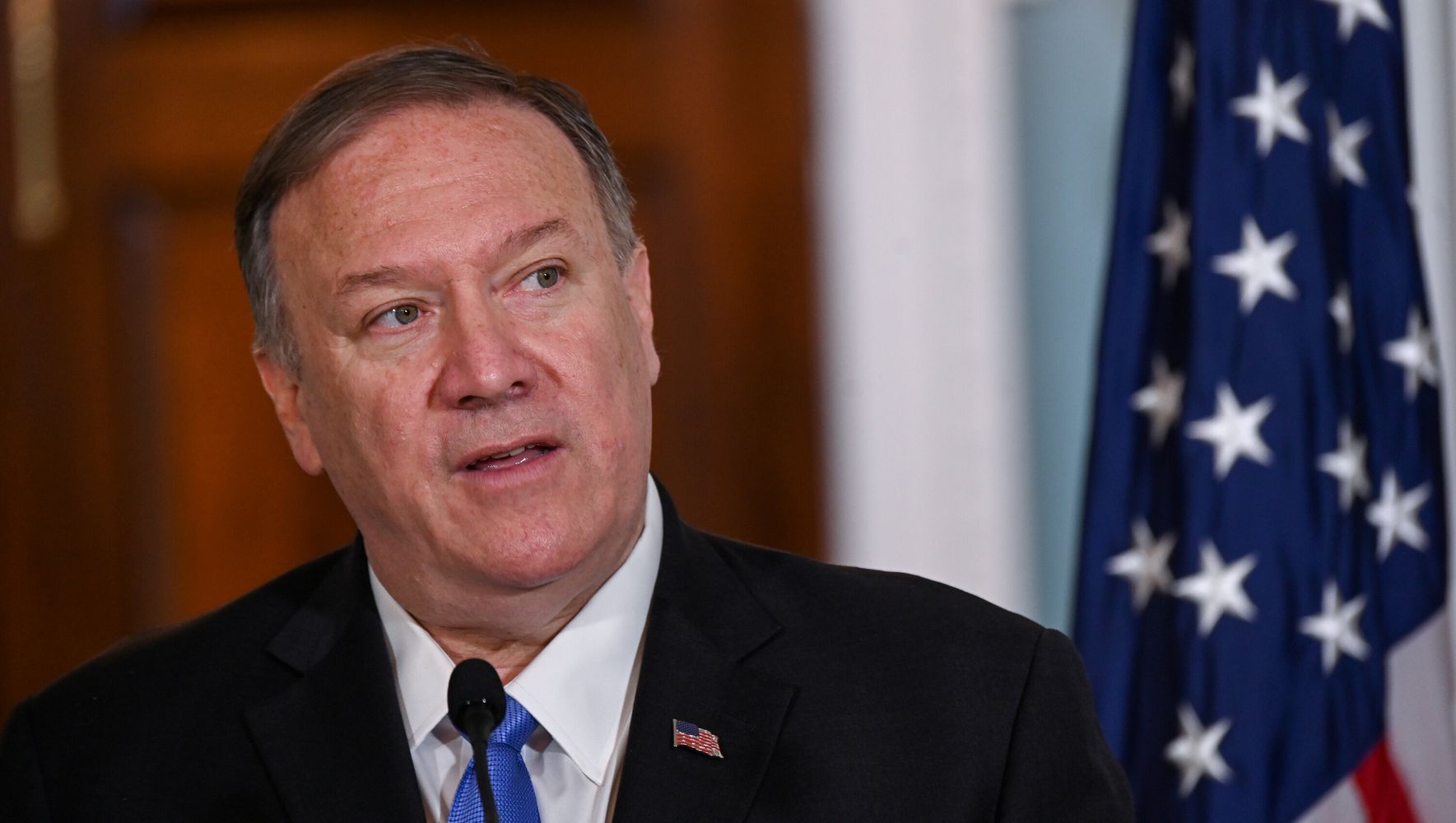 Secretary of State Mike Pompeo flatly denied on Sunday that there was ever a quid pro quo between the U.S. and Ukraine days after acting White House chief of staff Mick Mulvaney acknowledged it during a now-infamous press briefing.

“I never saw that in the decision-making process that I was a part of,” Pompeo told ABC News’ George Stephanopoulos on “This Week,” referring to the Trump administration’s temporary suspension of military aid to Ukraine over the summer and questions about whether it was withheld in exchange for a political favor.

“The conversation was always around what were the strategic implications,” he added. “Would that money get to the right place or would there be corruption in Ukraine and the money wouldn’t flow to the mission that it was intended for.”

[email protected] on suspending aid: “You saw Mr. Mulvaney right there say that one of the reasons was indeed this idea that Ukraine had to pursue these political investigations.”

Pompeo: “I’ll leave to the chief of staff to explain what it is he said” https://t.co/U9kwy49CzI pic.twitter.com/uaH4MWQigc

On Thursday, Mulvaney told reporters the funds were withheld because President Donald Trump had reservations over whether they would be properly spent. He went on to note that Trump had also raised concerns over “corruption that related to the [Democratic National Committee] server,” a reference to a debunked conspiracy theory positing that Ukraine was behind the 2016 hacking of Democratic Party emails. The American intelligence community has said it believes Russia was the culprit.

Shortly after Mulvaney’s stunning admission, he released a statement walking back the remarks and claiming there was no quid pro quo even though he previously asserted that “we do that all the time with foreign policy.”

Pressed by Stephanopoulos to recognize Mulvaney’s candid and public description of a quid pro quo, Pompeo avoided making any comment.

“I’ll leave it to the chief of staff to explain what it is he said and what he intended,” he said.

The president and his defenders have repeatedly claimed that no quid pro quo occurred when Trump spoke with Ukrainian President Volodymyr Zelensky in July. However, a rough transcript of the call shows that Trump pressured him to “do us a favor” and investigate both the DNC server and former Vice President Joe Biden and his son Hunter.

A whistleblower complaint that cites the discussion alleges that Trump was attempting to solicit interference in the 2020 election by targeting his potential Democratic opponent. Ukraine has found no evidence of wrongdoing on the part of the Bidens, though Trump continues to raise unsubstantiated corruption accusations against the family.