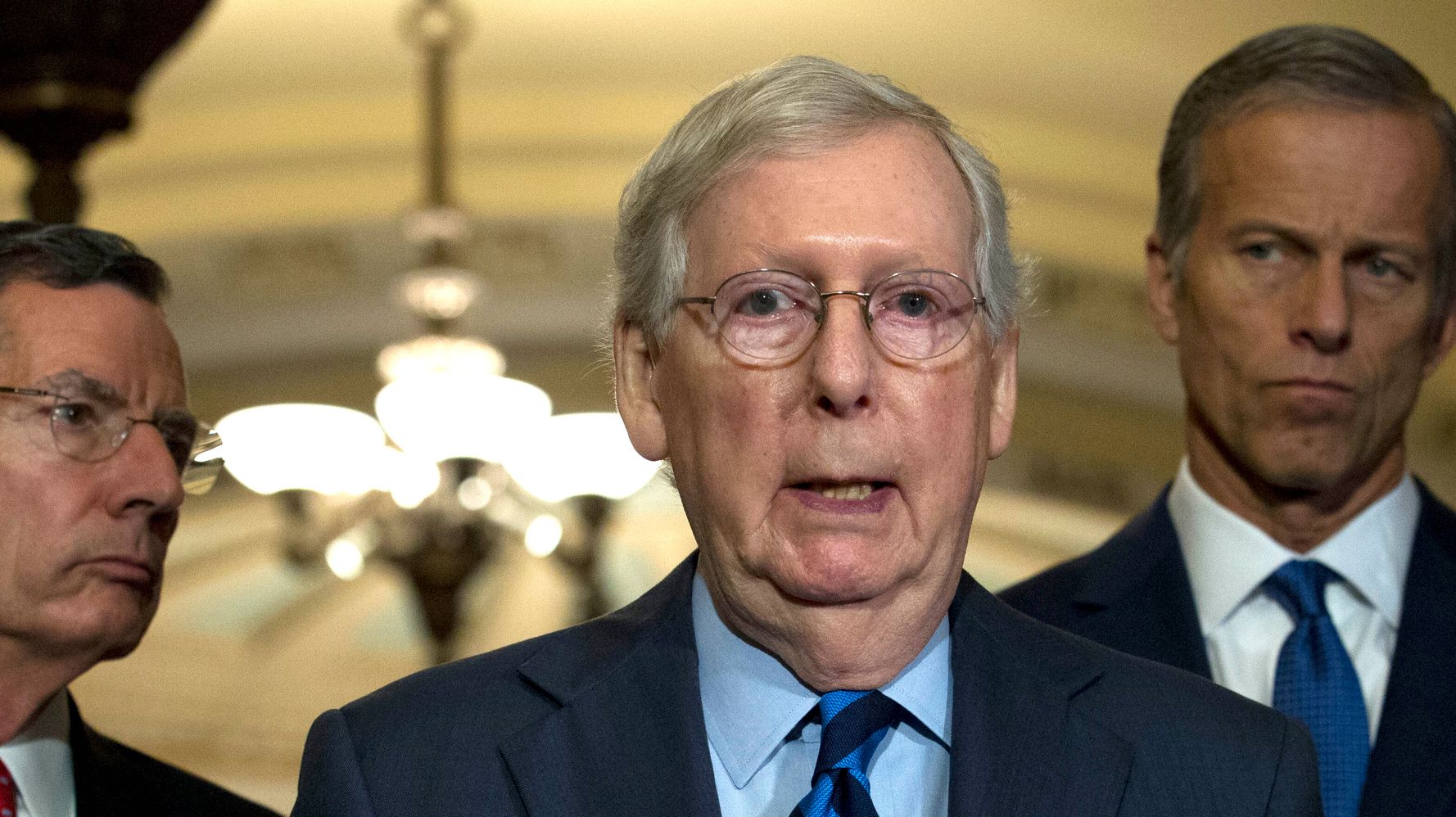 Senate Majority Leader Mitch McConnell (R-Ky.) offered lukewarm disapproval of President Donald Trump’s claim that the House impeachment inquiry is tantamount to a lynching, becoming one of a small handful of Republican lawmakers to publicly break with the president on that language.

“Given the history in our country, I would not compare this to a lynching,” McConnell said Tuesday. “That was an unfortunate choice of words.”

The senator then returned to criticizing the impeachment investigation. “It is an unfair process,” he said, “and a better way to characterize it would be to call it an unfair process and inconsistent with the kinds of procedural safeguards that are routinely provided for people in this kind of situation, either in court or in an impeachment process in our country.”

[email protected] on on President Trump’s ‘lynching’ tweet: “Given the history in our country, I would not compare this to a lynching. That was an unfortunate choice of words.” pic.twitter.com/GNSc4i0RTu

Earlier in the day, Trump had once again aired his frustration over the impeachment proceedings. But this time, he took it a step further, tweeting that he is the victim of a lynching ― a term usually applied to the acts of terror against Black people that occurred primarily in the Jim Crow-era South.

Though McConnell mildly criticized Trump’s statement on Tuesday, he refused to condemn the president’s series of racist tweets about Democratic congresswomen of color in July, merely stating that “all of us have a responsibility to elevate the public discourse.”

The month before, McConnell dismissed the idea of modern-day reparations for slavery ― an idea that has been seriously considered by other lawmakers ― because “no one currently alive was responsible for that.” Besides, he said, civil rights laws and President Barack Obama’s election prove that reparations are not necessary.

Shortly after, when NBC News reported that the senator’s ancestors were slaveholders, McConnell said he was “in the same position” as Obama because “we both oppose reparations, and we both are the descendants of slaveholders.”

McConnell joins a relatively short list of Republicans who have scrutinized Trump’s recent comments, although some have responded more forcefully.

“‘Lynching’ brings back images of a terrible time in our nation’s history, and the President never should have made that comparison,” Sen. Susan Collins (R-Maine) tweeted.

House Minority Leader Kevin McCarthy (R-Calif.) told reporters that Trump’s words are “not the language I would use.”

Conversely, Sen. Lindsey Graham (R-S.C.), a Trump loyalist on nearly all issues, doubled down on the president’s statement, claiming the impeachment inquiry “is a lynching in every sense.”

Michael Steele, the former Republican National Committee chairman, took direct aim at both Trump and Graham on Twitter, sharing an image of a lynching. “Trump this is not happening to you and it’s pathetic that you act like you’re such a victim; but it did happen to 147 black people in your state Lindsey,” Steele wrote.

White House deputy press secretary Hogan Gidley argued that Trump was “not comparing what’s happened to him with one of our darkest moments in American history,” despite the fact that the president’s tweet did exactly that.