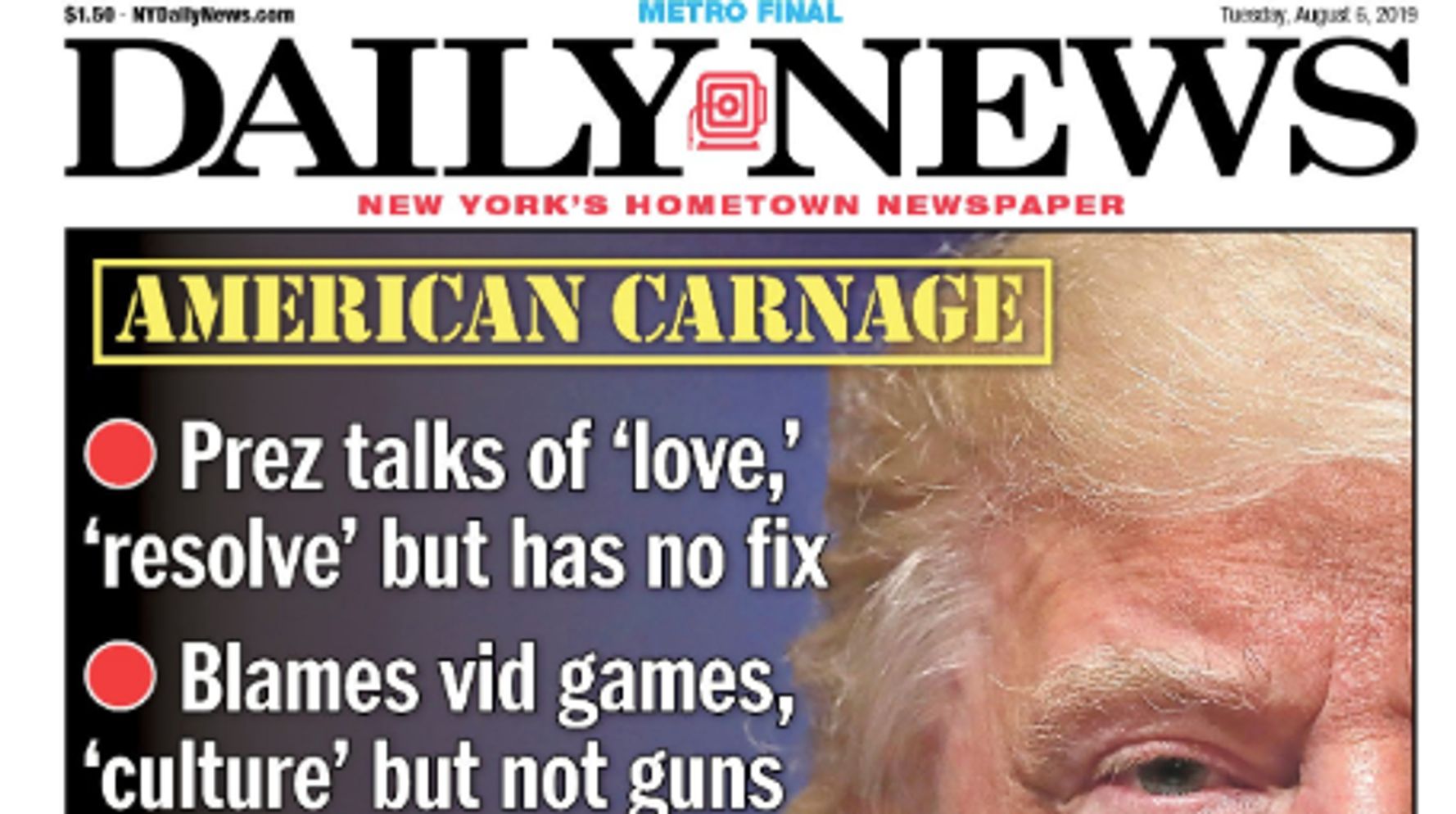 The New York Daily News, however, cut straight to the chase.

Trump’s hometown tabloid used its Tuesday cover to hammer the president for his “Empty Words.”

It berated Trump for regurgitating gun lobby talking points as he vowed to “act with urgent resolve” against gun violence.

The Daily News has a storied history of using attention-grabbing front pages to criticize Trump and his administration.

It has most recently bashed Trump over his threat to impose tariffs on products imported from Mexico, his rants about talk of impeachment and his proposed wall on the U.S. southern border.

Ex-GOP Lawmaker To Voters: ‘Beat Republicans. Beat Every Single One Of Them’