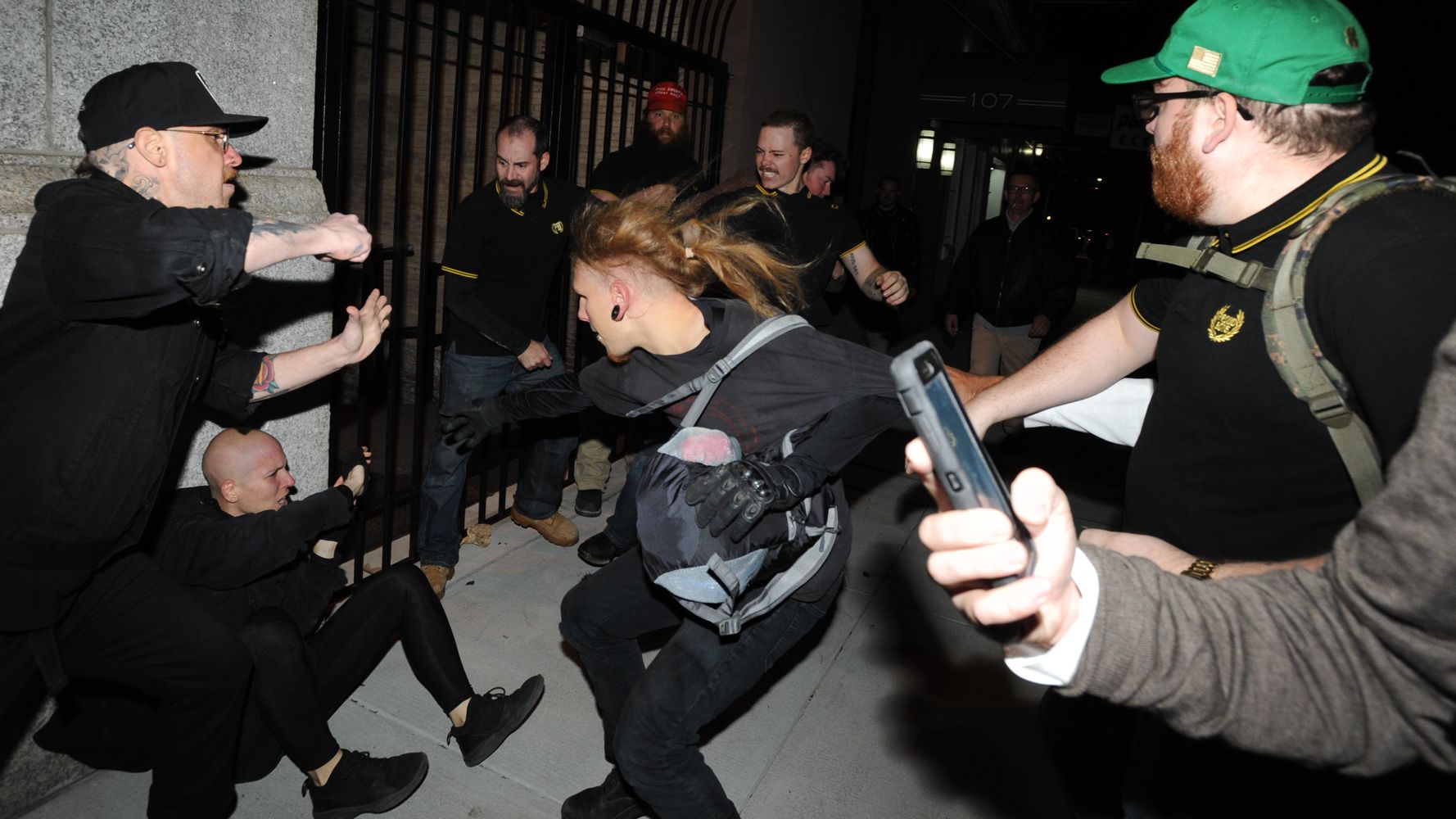 Two members of the right-wing extremist Proud Boys were convicted Monday in a mob attack on four anti-fascist activists that was captured on videotape on Manhattan’s Upper East Side.

Jurors in the State Supreme Court in Manhattan convicted Maxwell Hare, 27, of Pennsylvania, and John Kinsman, 32, of New Jersey, of attempted gang assault, attempted assault and riot in an attack that followed a speech by Proud Boys founder Gavin McInnes last year at the nearby Metropolitan Republican Club.

“As violent extremism rises in America, a Manhattan jury has declared in one voice that New Yorkers will not tolerate mob violence in our own backyard,” Manhattan District Attorney Cyrus Vance Jr. said in a statement after the verdict.

“These defendants transformed a quiet residential street into the site of a battle royale, kicking and beating four individuals in a brutal act of political violence.”

Prosecutors referred to McInnes as a “hatemonger” and said that violence was an innate part of the group. Ten Proud Boys disciples were arrested following the attack.

Proud Boys members can be seen on a videotape (above) racing to the scene where the October attack occurred and shouting to one another: “Proud Boys, are you ready?” An unidentified victim is then viciously kicked and stomped on the ground as the Proud Boys members yell “faggot” as police arrive.

The convictions follow by just two days President Donald Trump’s threat to label the anti-fascists, or “antifa” — not the Proud Boys — as an “organization of terror.” Proud Boys leaders and former Infowars staffer Joe Biggs, who organized a protest against antifa Saturday in Portland, Oregon, crowed that Trump had taken the side of the right-wing extremists.

Hare and Kinsman could each face up to 15 years in prison on the counts. They’re scheduled to be sentenced in October.

No one in antifa, whose members are anonymous, stepped forward to file a complaint with police in the Manhattan assault. Nor did they provide information to investigators when questioned. But witness accounts and videotapes taken by journalists, as well as from a surveillance camera in a nearby building, were used to convict the men.

One witness who cooperated with law enforcement authorities was the target of death threats, the witness told HuffPost.

Members of the Proud Boys initially claimed the attack was self-defense and that they were ambushed by the anti-fascists. A video showed a black-masked member of the antifa group throwing a small water bottle at the Proud Boys, which missed. But a building surveillance video from another angle, obtained by The New York Times, showed that the bottle was thrown as Proud Boys charged antifa members for the attack.

“Their attack was vicious, disproportionate and, most important, unnecessary,” prosecutor Joshua Steinglass said in closing arguments, the Times reported.

Because antifa members did not cooperate with police, prosecutors could only charge the defendants with attempted assault, rather than assault, which requires evidence of injury, according to the Times.

Seven other members of Proud Boys have been convicted on various charges in connection with the brawl, including disorderly conduct and riot, and have been sentenced to five days of community service to 10 months in jail. One other case is pending.

The all-male Proud Boys organization— which describes its members as “Western chauvinists” — has been characterized as a hate group by the Southern Poverty Law Center for its spread of white nationalism, misogyny and Islamophobia. The group has vowed to return monthly to Portland to face off against antifa members there.

Portland’s Democratic mayor, Ted Wheeler, accused Biggs of using the threat to return to “feed that sense of fear” in the nation that is “aimed predominantly at women and people of color and immigrants.”

Wheeler added: “I want to be very clear: We do not want him here in my city, period.”

The mayor also blasted Trump’s rhetoric in the matter as “not helpful.”