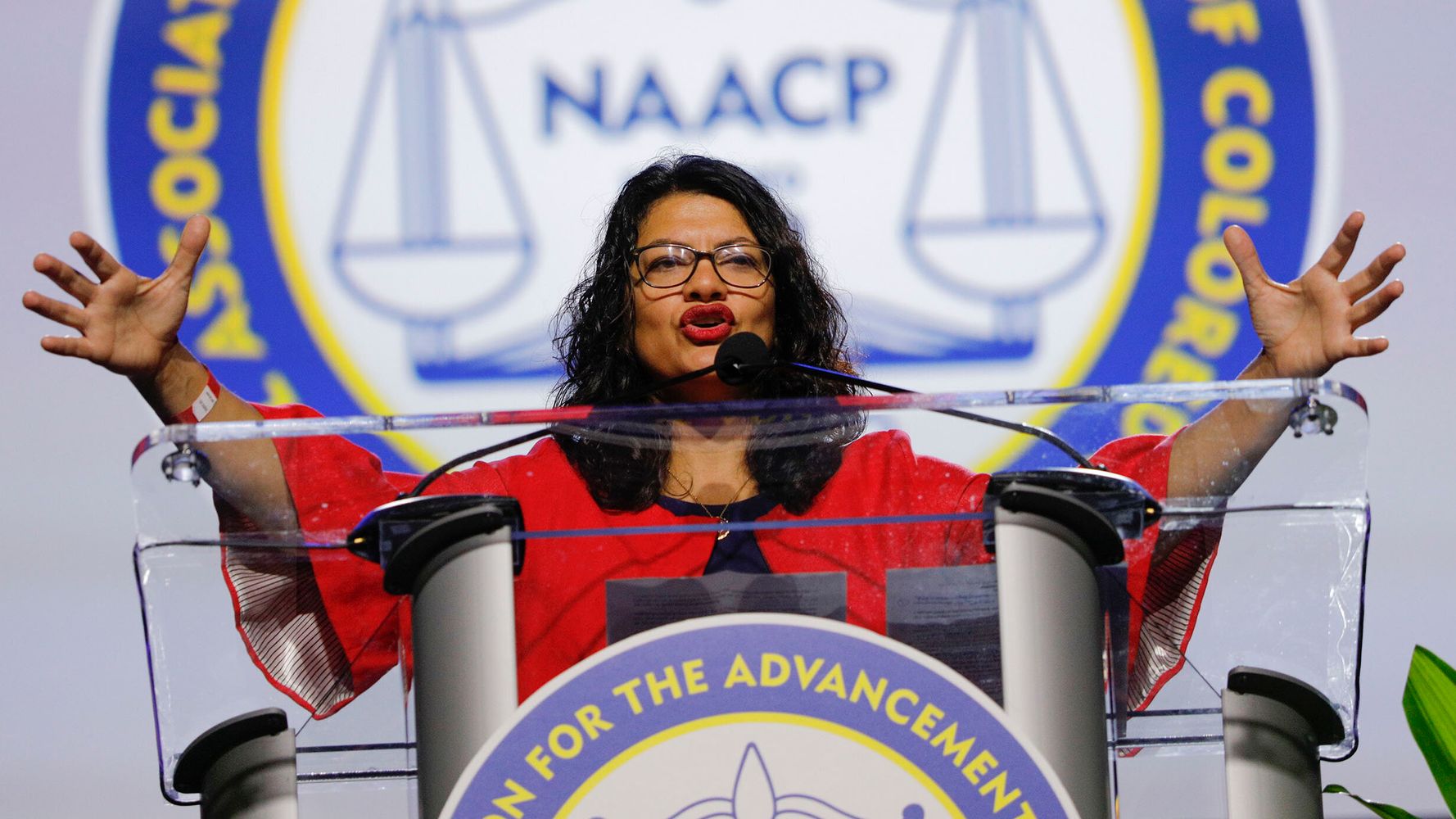 “We deserve a president who understands that the corporate assault on our lives existed before Trump and it will exist after Trump,” she said at a fiery rally held in her Detroit district. “Someone who will never back down from a fight with the wealthy and the powerful; who will call them out and bring our movement to their front yards; someone who looks at a problem and finds the most transformative solutions.”

“We deserve someone who writes the damn bills,” she continued. “We deserve Bernie Sanders.”

“I am endorsing Amo Bernie Sanders because he’s not gonna sell us out. He understands that it’s not just about policies and about words, but it’s going to be also about completely transforming the structures in place.” [email protected] pic.twitter.com/3SaGZeOUT7

The endorsement comes one week after Rep. Alexandria Ocasio-Cortez (D-N.Y.), another member of the House’s “Squad” (a group of young first-year Democratic women of color), publicly threw her support behind Sanders at a massive rally in Queens, New York.

Ocasio-Cortez, who credits Sanders with inspiring her to run for office, and fellow Squad member Rep. Ilhan Omar (D-Minn.), both announced their plans to endorse Sanders after the Oct. 15 debate. Rep. Ayanna Pressley (D-Mass.) is the only Squad member who has not yet endorsed Sanders.

“When you talk to Bernie, he doesn’t talk about making a movement so that he can get elected. He talks about his campaign as part of a mass movement in America. And that’s the kind of leadership that I think we need right now.” [email protected] pic.twitter.com/xaF1WAaw0j

Tlaib’s formal endorsement adds yet another jolt of momentum to Sanders’ campaign, which faced scrutiny following the 78-year-old’s heart attack earlier this month.

Sanders has downplayed critics’ fears that a recent heart attack survivor would not be able to take the White House from President Donald Trump.

“I’m healthy, I’m feeling great,” Sanders said during the Democratic debate in Ohio. “I just want to thank you from the bottom of my heart, and I’m so happy to be back here with you this evening.”

The senator was energized Sunday in his speech to supporters, who appeared to mostly be part of the younger voter base he’s known to attract.

“I am begging you, don’t believe anyone who tells you that moving toward a society of justice is impossible. Don’t let anyone tell you that our vision is radical or extreme,” Sanders told the crowd after Tlaib’s endorsement. “Justice is not a radical idea. Justice is what we are entitled to as human beings.”

The rally was held in Detroit’s Cass Technical High School, where alumus and musician Jack White opened the event with a performance.

“Bernie Sanders is telling the truth and I trust him,” White told the crowd in between songs.

Jack White opens with “Icky Thump” at the @BernieSanders rally in Detroit:

“White Americans, what
Nothing better to do
Why don’t you kick yourself out
You’re an immigrant too” pic.twitter.com/hE5ZzVOjiK

In her endorsement video, Tlaib discussed the lack of public school funding, and how that dearth disproportionately affects people in lower-income areas.

“For me, representing the third poorest congressional district in the country, [Sanders] is in many ways pushing back against this really painful oppression and it’s been incredibly inspiring to see his unwavering support for the same ideals that I have about people over profits,” Tlaib said.

Sanders mentioned Detroit’s lack of federal funding for public education when he spoke on Sunday.

“Rashida took me around the art district here in Detroit, and I met with beautiful young people who are going to schools in which they don’t have adequate textbooks,” Sanders told the crowd. “They are going to schools where their teachers are forced to work two or three jobs just to make a living. I don’t think it is too much to ask that in the wealthiest country in the history of the world, we pay our teachers a living salary.”

Prior to the rally, Sanders and Tlaib visited the Brightmoor Connection Food Pantry in Detroit, the Young Turks’ Emma Vigeland reported.

“Rashida said this better than I can, but today we are saying loudly and clearly to Trump and the corporate elites that this nation belongs to all of us, whether they like it or not, and we are going to end their greed and corruption,” Sanders told supporters on Sunday. “And we are going to create an economy that works with the children of Detroit, the children of Vermont. Not a handful of billionaires.”