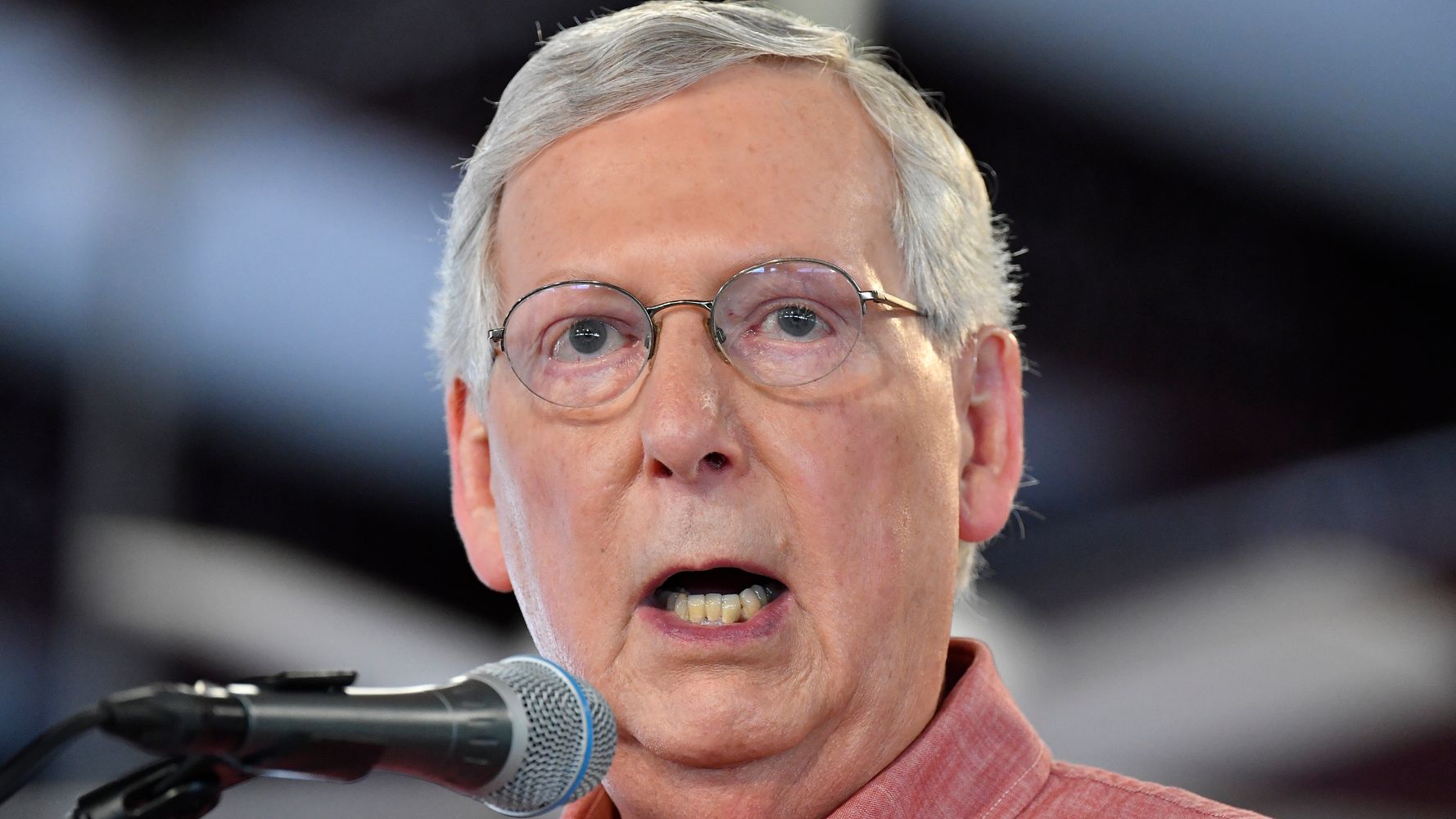 Senate Majority Leader Mitch McConnell (R-Ky.) is getting hit by members of his own party in a new TV ad airing Thursday in Washington D.C., and in his home state.

The spot urges voters to call McConnell and demand a vote on the election security bills he blocked last week. It also features a supercut of President Donald Trump dismissing the well-documented threat of election interference from Russia.

The ad will run on “Morning Joe” on MSNBC and during “Fox & Friends” on Fox News in D.C. (the latter is known to be one of Trump’s favorite shows).

Former Weekly Standard editor Bill Kristol shared the spot, which was created by Republicans for the Rule of Law, an organization in which he is a director:

This strong new ad from Republicans for the Rule of Law will air this week in DC and KY. It urges Majority Leader McConnell to let the Senate do its job and consider legislation to secure our elections. And it urges his constituents, and all Americans, to weigh in as well. pic.twitter.com/TpE2ntSnbe

The bills, which are aimed at helping to protect against Russian meddling and other threats, include a $775 million measure passed by the House to strengthen state election systems. McConnell claimed the bills were unnecessary and said Trump had already taken action to protect elections.

The ad also contains comments by Trump in which he not only claims Russia isn’t a threat, but admits he’d take dirt on a rival if Moscow offered it.

“It’s not an interference,” Trump said in an ABC interview in June. “They have information. I think I’d take it.”

“He is aiding and abetting [Russian President] Vladimir Putin’s ongoing attempts to subvert American democracy, according to the Republican FBI, CIA, DNI, intel committee,” Joe Scarborough said on his MSNBC show last week. “All Republicans are all saying Russia is subverting American democracy and Moscow Mitch won’t even let the Senate take a vote on it. That is un-American.”

In response, #MoscowMitch began trending on Twitter, provoking an angry reaction from the senator.

“I was called unpatriotic, un-American and essentially treasonous by a couple of left-wing pundits on the basis of bold-faced lies,” he said.

“Our representatives should work to pass bipartisan legislation to deter future election meddling, secure our electoral system and encourage cybersecurity,” Republicans for the Rule of Law legal advisor Chris Truax said in a statement. “This is not a red or blue team issue. We all have a stake in free and fair American elections.”