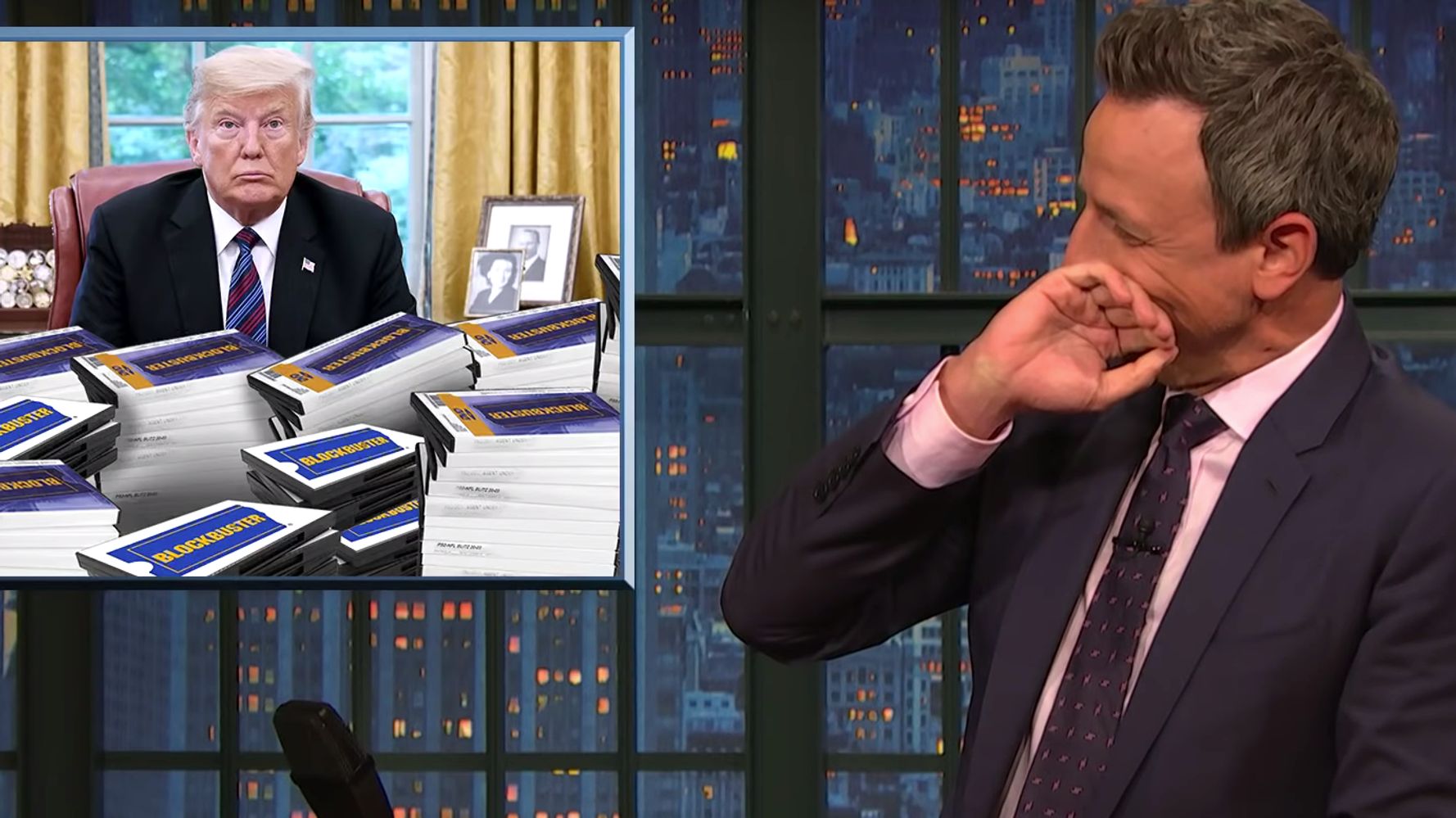 “Late Night” host Seth Meyers on Thursday brought a moment of levity to an otherwise strained week marred by mass shootings when he cracked a gag about President Donald Trump and then couldn’t stop laughing.

The campaign also incurred a one-time late fee over its failure to pay on time.

He then began mimicking Trump with a riff on hit 1989 movie “Tango & Cash,” but soon descended into a fit of the giggles.

Check out the funny moment from the 9:14 mark in the video above.