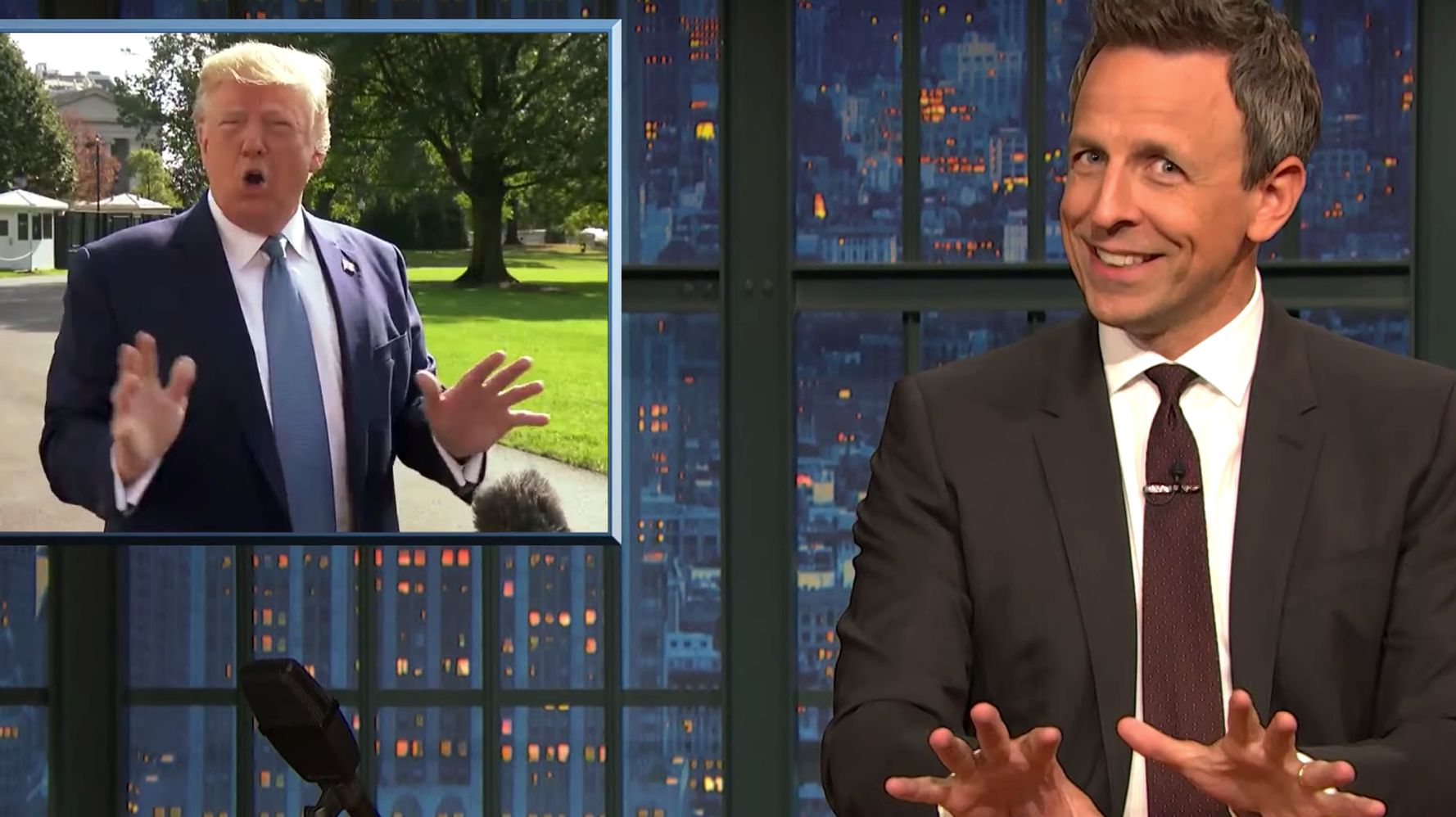 Because, well, he once did it himself.

The “Late Night” host broke down the latest developments in the impeachment inquiry into Trump, prompted by a whistleblower’s revelation that the president pressured the Ukrainian leader to dig up dirt on potential Democratic 2020 rival Joe Biden in a July phone call.

“We all have the actual evidence now and yet Trump and his allies are obsessed with the whistleblower,” said Meyers.

“Trump wants the Ukraine whistleblower outed, and he says written questions are not acceptable,” he added. “Of course, when Trump had to answer his own questions as part of Robert Mueller’s Russia investigation, he felt a little different about the acceptability of written answers.”

“No one believes you wrote the answers,” Meyers responded. “For one thing, if Trump had actually written the answers, they’d be full of misspellings — Trump has misspelled his wife’s name, his own name, the word ‘country,’ and the word ‘Republicans.’”