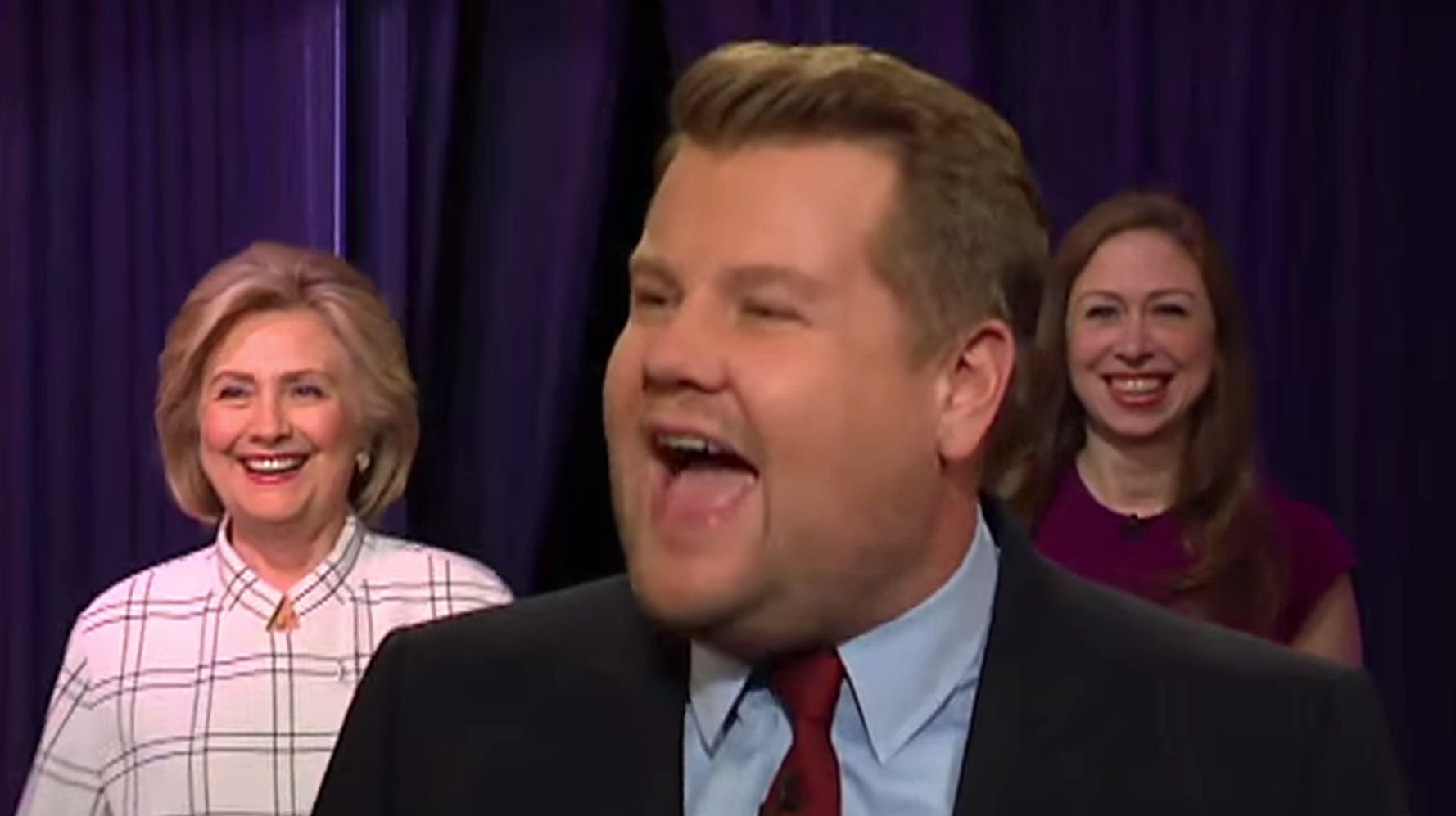 The mother-daughter duo received a standing ovation from the audience as they walked onstage behind Corden.

“I am really fed up with all of your Trump jokes every single night,” former Secretary of State Clinton told the host. “If anyone should be telling Trump jokes, it’s me.”

The Clintons, who were promoting their new book “The Book of Gutsy Women,” proceeded to crack jokes about Trump losing the popular vote in the 2016 election and Spicer’s ongoing controversial participation in ABC’s talent competition “Dancing with the Stars.”

Elsewhere on the show, the Clintons shared embarrassing anecdotes about each other in a game of “Face Your Mother.” Chelsea revealed Hillary’s most annoying travel habit, while Hillary explained the most mischievous thing her daughter did as a teenager in the White House.

Check out that segment here:

And she offered advice to the Democratic candidate who ends up debating the president here: