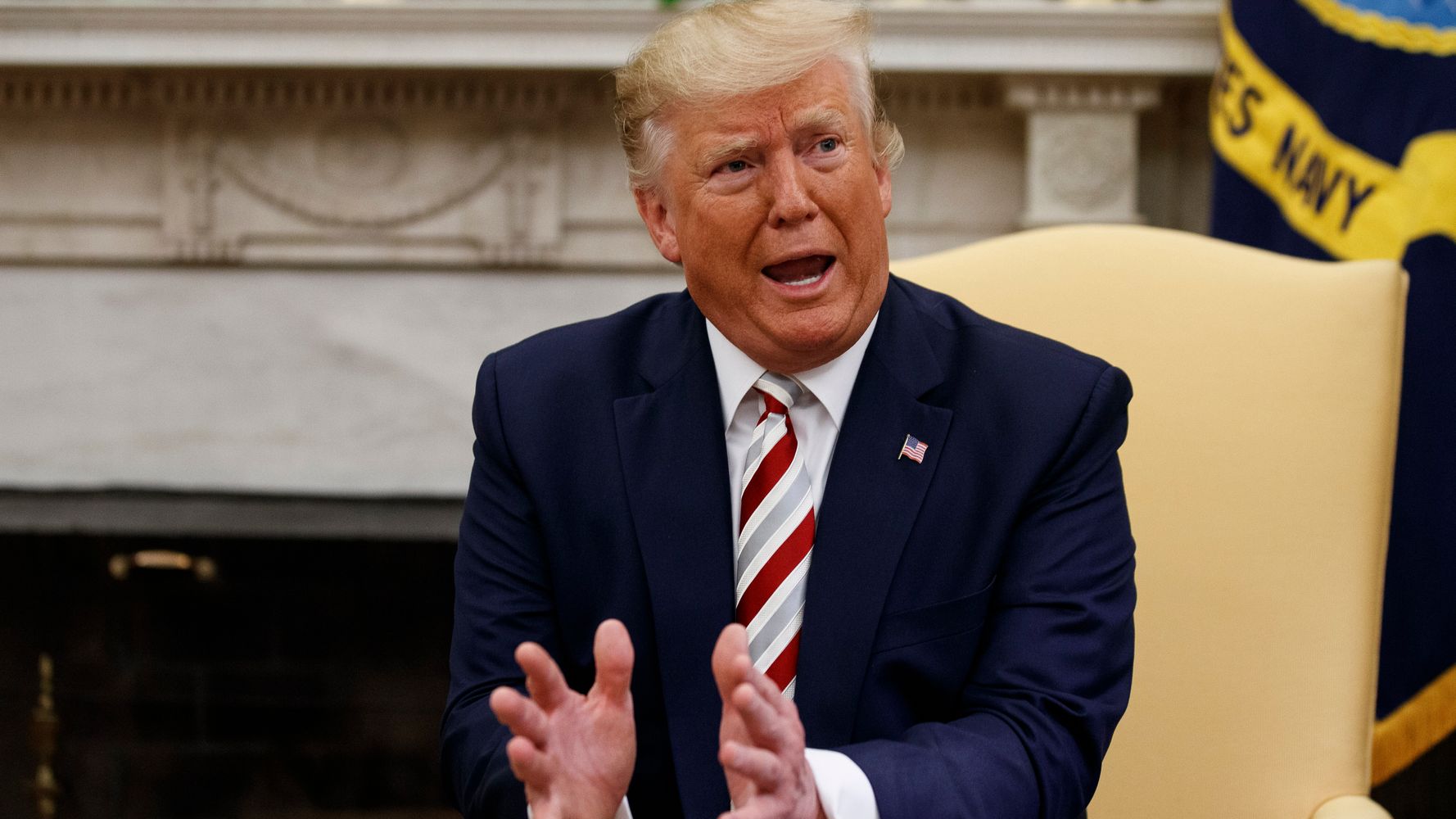 President Donald Trump moved further away from supporting expanded background checks for gun purchases on Tuesday, touting the popular narrative of critics who claim such new rules will somehow lead to the total erosion of the constitutional right to bear arms.

“The Democrats would, I believe — I think they’d give up the Second Amendment,” he told reporters during an Oval Office press conference. “A lot of the people that put me where I am are strong believers in the Second Amendment, and I am, also. And we have to be very careful about that. You know, they call it the ‘slippery slope,’ and all of a sudden, everything gets taken away. We’re not going to let that happen.”

Democratic congressional leaders repeatedly have stressed that they do not want to get rid of the Second Amendment, but time and again they have called for tighter and more expansive regulations on gun sales. The current system does not cover all purchases.

Earlier this month, in the wake of two mass shootings ― one in El Paso, Texas, where a white supremacist is charged in the slaughter of 22 people and another in Dayton, Ohio, where a gunman killed 9 people ― Trump pointed to a “very strong appetite” for “background checks like we’ve never had before.” He teased that a “really, really good” deal could be reached on the issue in Congress.

Calling background checks “important,” the president said, “I don’t want to put guns into the hands of mentally unstable people or people with rage or hate, sick people. I don’t want to ― I’m all in favor of it.”

A presidential push for enhanced checks is viewed by most analysts as essential to the passage of any such legislation, given traditional opposition to the measures by Republicans and the political clout wielded against the proposals by the National Rifle Association.

But as the shock caused by the recent shooting have worn off, so has Trump’s interest in the issue. His latest remarks indicate that he has no serious intention of making tougher background checks a priority.

“We have very, very strong background checks right now,” he said Tuesday. “But we have, sort of, missing areas and areas that don’t complete the whole circle, and we’re looking at different things.”

Trump then steered the conversation back to mental health, a common GOP talking point when it comes to gun control.

The Atlantic reported that Trump, in a Tuesday phone conversation, told embattled NRA chief executive Wayne LaPierre that universal background checks were off the table.

“We’ve seen this movie before: President Trump, feeling public pressure in the immediate aftermath of a horrible shooting, talks about doing something meaningful to address gun violence, but inevitably, he backtracks in response to pressure from the NRA and the hard-right,” Schumer said. “These retreats from President Trump are not only disappointing but also heartbreaking, particularly for the families of the victims of gun violence.”

Though Schumer and other Democrats have called on Senate Majority Leader Mitch McConnell (R-Ky.) to reconvene the chamber so that it can consider gun legislation, he has refused to cancel the lawmakers’ summer break.