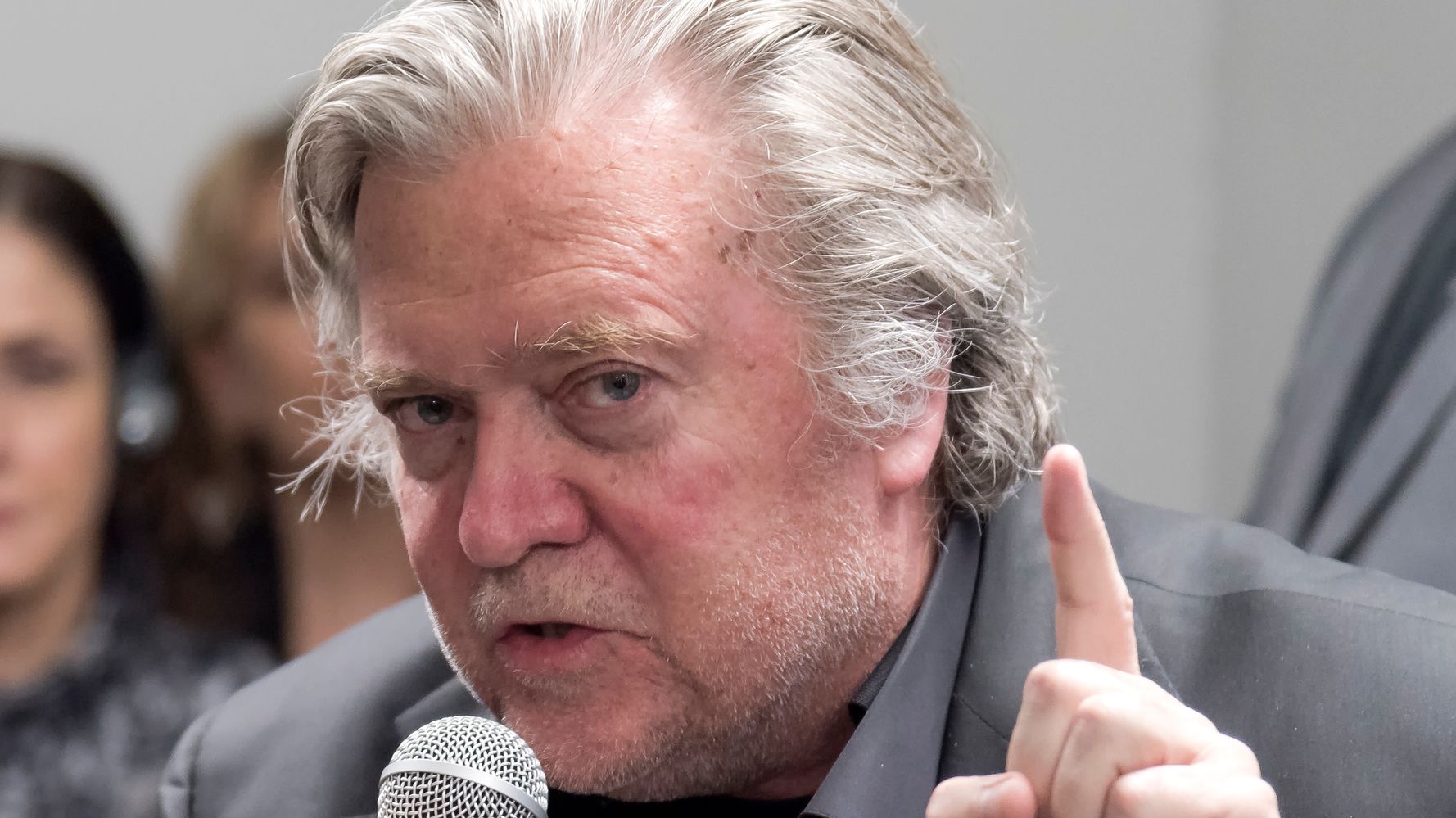 What a difference flattery makes. Donald Trump on Friday hailed his fired White House chief strategist Steve Bannon as “one of my best pupils” — a year after the president lashed him as “Sloppy Steve” who was “dumped like a dog.”

Trump’s dramatic turnabout came after Bannon, on CNBC Friday, talked up Trump’s chances of winning in 2020 as he slammed the current field of Democratic candidates. Bannon also defended Trump’s latest announced round of tariffs on $300 billion worth of Chinese goods that sent stocks tumbling Friday.

Nice to see that one of my best pupils is still a giant Trump fan. Steve joined me after I won the primaries, but I loved working with him! pic.twitter.com/jRpmdrGYTB

It’s debatable who was the pupil in the Trump campaign relationship. Bannon, Trump’s former campaign chief, has been widely credited with sharpening Trump’s bombastic, anti-immigrant, anti-media nationalist message leading up to the general election.

But the most startling aspect of Trump’s tweet was his glowing, if patronizing, praise for Bannon after he tore into his former strategist early last year when Bannon emerged as a key source for Michael Wolff’s scathing book about the Trump administration, “Fire and Fury.” Bannon attacked the Trumps and was quoted as calling daughter Ivanka Trump as “dumb as a brick.” He also said that he believed Donald Trump Jr.’s meeting with a Kremlin-connected lawyer at Trump Tower in June 2016 was treasonous and unpatriotic, according to the book. Bannon didn’t dispute the quotes.

Trump tweeted then that “Sloppy Steve” “cried when he got fired” from the White House in 2017 and “begged for his job.” Trump also said Bannon “has been dumped like a dog by almost everyone. Too bad!”

Michael Wolff is a total loser who made up stories in order to sell this really boring and untruthful book. He used Sloppy Steve Bannon, who cried when he got fired and begged for his job. Now Sloppy Steve has been dumped like a dog by almost everyone. Too bad! https://t.co/mEeUhk5ZV9

Trump also told reporters then that Bannon “has nothing to do with me or my presidency. When he was fired, he not only lost his job, he lost his mind.”

The book “A Hill to Die On,” by Politico reporters Jake Sherman and Anna Palmer, noted that Trump remained so furious about Bannon that he was obsessing about “Sloppy Steve” months later at a Camp David retreat with “copious notes” about Bannon’s shortcomings. During one meeting that Trump was supposed to be heeding, he was instead “writing down how he wanted to trash Steve Bannon the next time someone asked him about it,” according to the book.

Fortunately, Twitter wags’ memories apparently aren’t as short as Trump’s, so many stepped up to remind him of his feelings about Bannon. They also took the opportunity to pile on both Bannon and the president.

Since you call him “Sloppy Steve,” I’d hate to see what you call your worst pupil!

I thought you & “Sloppy Steve” broke up?

#DonaldTrump trashed Steve Bannon when he left the White House, now they are besties?? 😳

Did he attend Trump University?

Good thing you didn’t call him Sloppy Steve or anything.

You are sooooooo funny. Bannon made you, not the other way around.

This pupil? Cuz I thought it was common knowledge he was the architect of most of these ideas. pic.twitter.com/xzRtkgFbew

Remember when your “best pupil” called your family Treasonous!

Omg does Trump think we don’t remember Brannon helped him win and shaped his policies?

Did he graduate to a criminal?

and then has Bannon chuckling:

Please have your head examined.