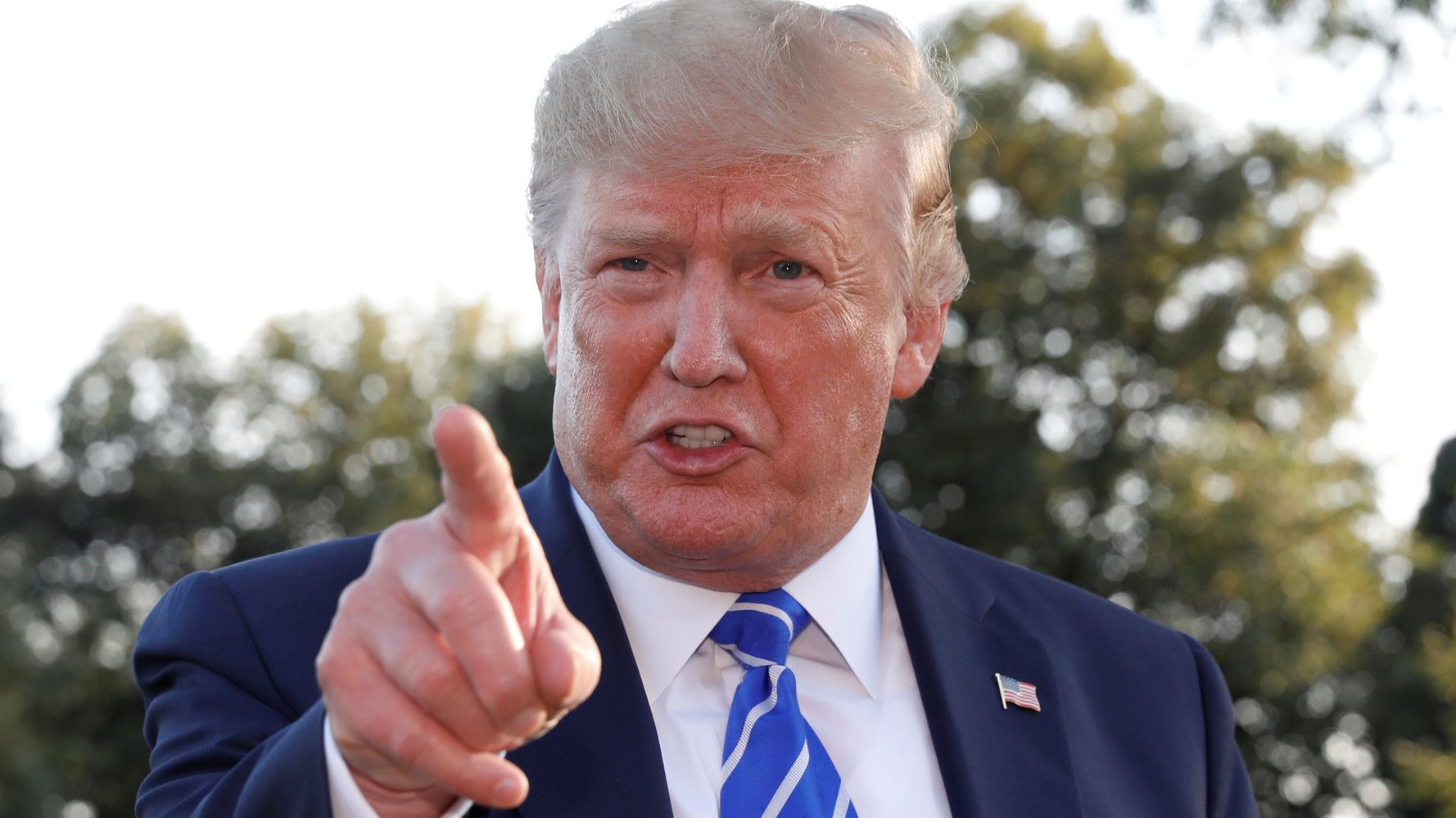 President Donald Trump on Monday insisted he was right to warn Alabama of a non-existent hurricane threat and attacked a TV reporter who pointed out the fact that the state was not at risk from Dorian.

“Such a phony hurricane report,” he declared on Twitter as he railed at Jon Karl of ABC News for reporting on his erroneous warning.

Trump had claimed in a tweet on Sunday that Florida, South Carolina, North Carolina, Georgia and Alabama “will most likely be hit (much) harder than anticipated.”

He made a similar claim about Alabama in televised comments.

The false alarm caused the National Weather Service to issue a correction, albeit without mentioning the president. About 20 minutes after Trump’s warning, the agency tweeted:

Trump on Monday said he was right because Alabama was facing a hurricane threat “under certain original scenarios.”

However, Trump on Sunday did not refer to “certain original scenarios” but instead said after a FEMA briefing that “this just came up, unfortunately” as he spoke about a supposed threat to Alabama.

In reality, the projections at that point did not show any path that would bring the storm to Alabama. Dorian instead was tracking further east.

The storm is currently off the coast of Florida and is expected to move along the coast, with Florida, Georgia, South Carolina, North Carolina and Virginia all facing potential threat in the coming days.

Twitter users called out the president from trying to save face instead of focusing on ensuring correct emergency information gets to the people who need it:

Who you gonna believe, me or the lying National Weather Service office? pic.twitter.com/ON9i0qStaJ

Trump is angry the press points out his dumb comment that Dorian will hit Alabama. He’s angry the G7 doesn’t want Putin among its numbers.

He’s not angry about the epidemic of gun violence, the climate emergency or Russian attacks on our election system.

You tweeted it out and the weather service had to correct you. Why can you never admit to a mistake?

I’m starting to think you did mistake Alabama for the Bahamas. pic.twitter.com/d8zn2rOrEc

Is it possible that trump thinks Alabama is along the east coast?

But it’s one of the states that voted for you bigly. Shouldn’t you know where it IS at least? SAD. pic.twitter.com/JGEEHEqwE0

I mean… the NWS tweeted this literally 20 minutes after you (falsely) tweeted that Alabama would be hit… because, unlike you, they didn’t want to start a panic. https://t.co/oKUSz7ItHD

This is a story about President Trump spreading false info during an emergency situation. Not once or twice — three times.https://t.co/1XOYGkMhMh

The Birmingham office of the @NWS had to give reassurance on Sunday after President Trump mistakenly told millions on Twitter that those in Alabama were in the path of “one of the largest hurricanes ever.”

No model at all shows Alabama getting hit by #Dorian.

Does trump know where Alabama is on a map? https://t.co/CM0ZYuVVpf