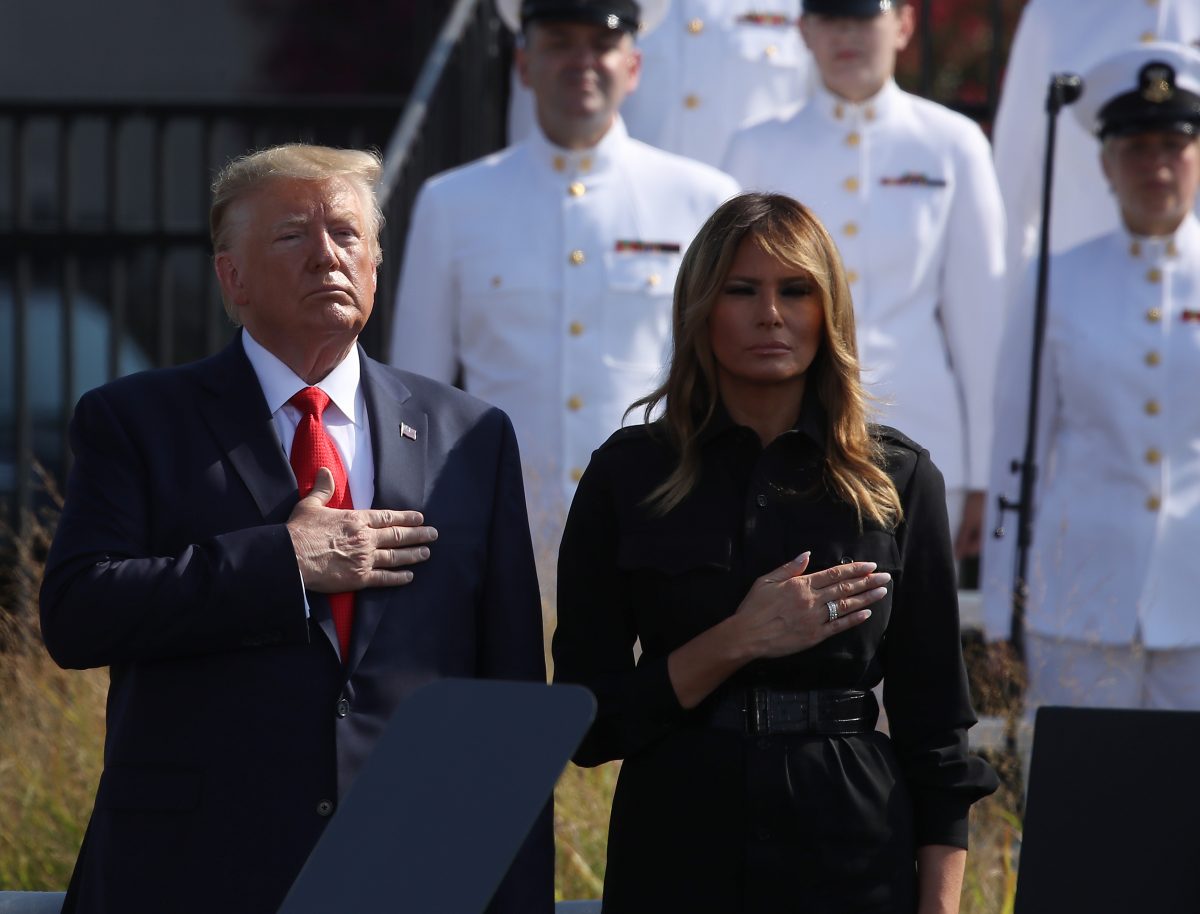 President Donald Trump issued a warning to the Taliban during his remarks at the Pentagon to commemorate the 18th anniversary of the Sept. 11, 2001, terrorist attacks.

During the memorial ceremony, the president brought up the recently scrapped secret peace talks with Afghan President Ashraf Ghani and the Taliban, saying that the terrorist group was showing “unrelenting weakness” when they launched a terror attack in Kabul, which left 12 people dead including a U.S. soldier from Puerto Rico.

“We had peace talks scheduled. A few days ago, I called them off when I learned that they had killed a great American soldier from Puerto Rico and 11 other innocent people,” Trump said. “They thought they would use this attack to show strength, but actually what they showed is unrelenting weakness. The last four days, we have hit our enemy harder than they have ever been hit before. And that will continue.”

He then continued by warning that he would use unprecedented force against the Taliban and other potential terrorists if they ever decide to attack the United States again.

“And if, for any reason, they come back to our country, we will go wherever they are, and use power, the likes of which the United States has never used before—and I’m not even talking about nuclear power,” he said. “They will never have seen anything like what will happen to them. No enemy on earth can match the overwhelming strength skill and might of the American armed forces.”

The president announced on Sept. 7 that the peace negotiations had been called off after learning about the Kabul attack. He said on Twitter, where he made the announcement, that the Taliban had admitted that they launched the attack in order to “seemingly strengthen their bargaining position.”

“They didn’t, they only made it worse! If they cannot agree to a ceasefire during these very important peace talks, and would even kill 12 innocent people, then they probably don’t have the power to negotiate a meaningful agreement anyway. How many more decades are they willing to fight?” Trump wrote at the time.

Two private meetings at Camp David—one with Afghan President Ashraf Ghani and another with major Taliban leaders—were scheduled for Sept. 8, in an attempt to bring an end to the nearly 18-year war in Afghanistan that started when the Bush administration invaded the country in October 2001 following the Sept. 11 attacks.

Since then, the United States lost more than 2,400 soldiers and spent more than $800 billion on the war. The United States and NATO formally concluded their combat mission in 2014, but U.S. and allied troops remain, conducting strikes on the ISIS terrorist group and the Taliban, and working to train and build the Afghan military.

On Sept. 9, Trump confirmed to reporters that the peace talks were “dead,” calling the Taliban’s actions, “a big mistake.”

“I was looking out of a window from a building in midtown Manhattan directly at the World Trade Center when I saw the second plane at a tremendous speed go into the second tower,” he said. “It was then that I realized the world was going to change.”

The president went on to compliment the first responders and civilians for their bravery that day, mentioning some of them by name including Rick Rescorla, who will receive the Presidential Citizens Medal posthumously.

Trump had signed the Never Forget the Heroes Act earlier this year, which effectively extends the 9/11 Victims Compensation Fund until 2092.