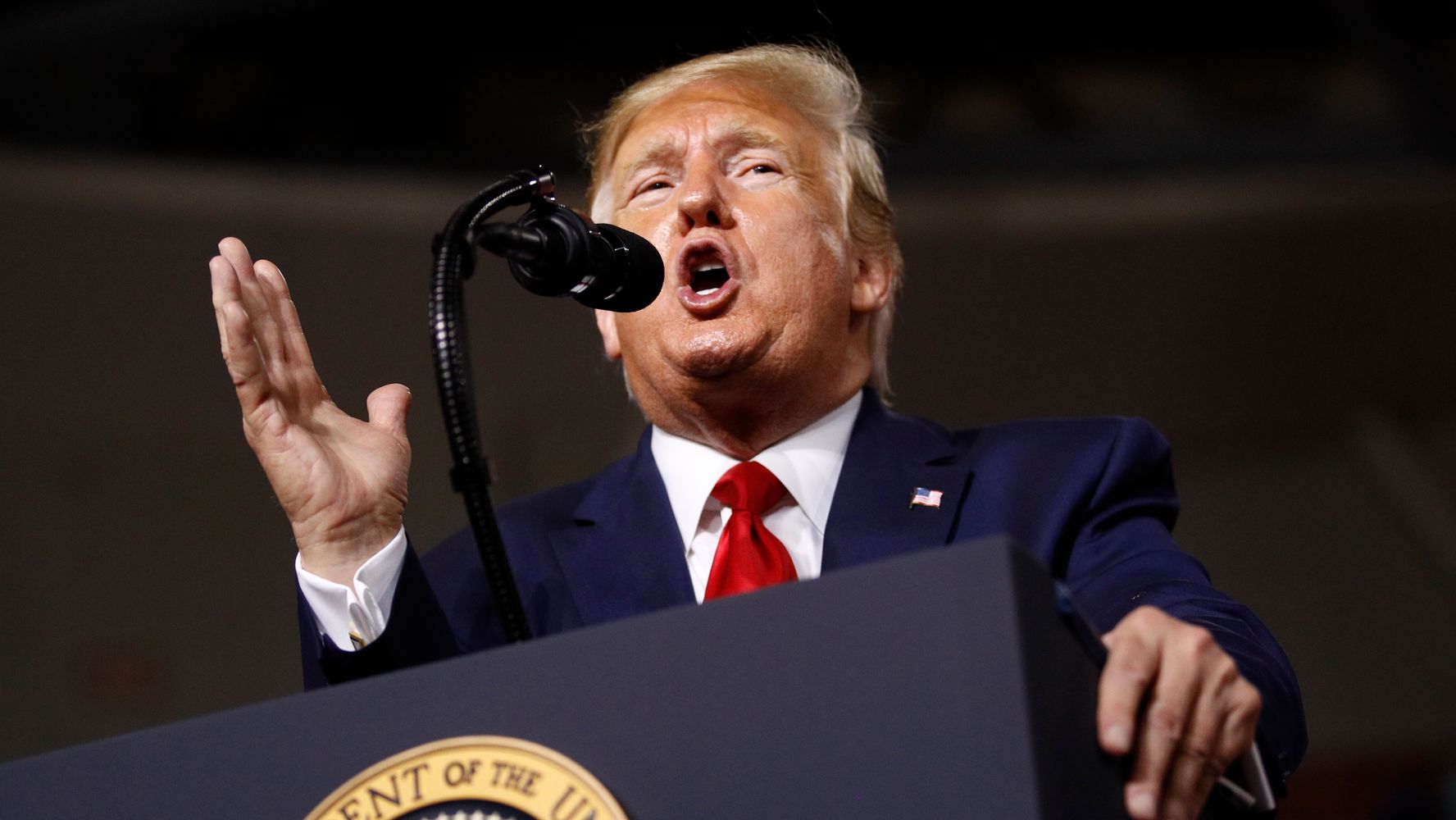 As Portland, Oregon, braced for dueling protests between right-wing extremists and the anti-fascists who have vowed to confront them on Saturday, President Donald Trump threw gasoline on the fire, threatening that the far-left demonstrators could be labeled terrorists.

“Major consideration is being given to naming ANTIFA an ‘ORGANIZATION OF TERROR,’” he tweeted, adding that the city “is being watched very closely” and telling Mayor Ted Wheeler to “properly do his job.”

Major consideration is being given to naming ANTIFA an “ORGANIZATION OF TERROR.” Portland is being watched very closely. Hopefully the Mayor will be able to properly do his job!

Contrary to the president’s description, antifa is not a singular organization, but a loose collection of groups and individuals who confront the far right, sometimes with violent means.

Saturday’s far-right rally has been organized the Proud Boys, an organization of self-described “western chauvinists” that has been deemed a hate group by the Southern Poverty Law Center for its spread of white nationalism, misogyny and Islamophobia. Joe Biggs, formerly of InfoWars, the website helmed by conspiracy theory-mongering radio host Alex Jones, has helped to organize the rally.

The Proud Boys also appeared at the 2017 Charlottesville, Virginia, “Unite the Right” rally where a neo-Nazi rammed his car into a crowd of counter-protesters, killing 32-year-old Heather Heyer.

Biggs, who is a member of the Proud Boys, told the Associated Press that attendees have been told not to start fights or bring weapons, but noted that they will act in self defense if attacked. Despite this call for peace, the Proud Boys have encouraged violence in the past.

Though Trump has called for action against antifa, the movement hasn’t been linked to a single killing. Meanwhile, white supremacist violence has surged under his administration, most recently evidenced by the mass shooting at an El Paso, Texas, Walmart where a gunman killed 22 people earlier this month. The suspect, who reportedly posted a white nationalist manifesto online before the shooting, admitted to authorities that he was targeting Mexicans.

According to a Washington Post analysis published in November, there were 36 incidents of right-wing domestic terrorism in the United States in 2017, versus 10 left-wing incidents and seven Islamist extremist incidents.

However, in July, Trump again took aim at antifa, tweeting that “consideration is being given” to naming it a terror group and comparing it to the murderous MS-13 international criminal gang.

The came after Sen. Ted Cruz (R-Texas) introduced a resolution “for the designation of antifa as a domestic terrorist organization,” citing a June attack on conservative writer Andy Ngo, who was bloodied at another Portland rally hosted by right-wing extremists.

In a Wednesday interview with Fox News, Wheeler, who is a Democrat, said an investigation into the Ngo incident is ongoing.

“I know that the intelligence unit continues to follow-up on those leads and I’m confident that there will be arrests in that particular case,” Wheeler said.