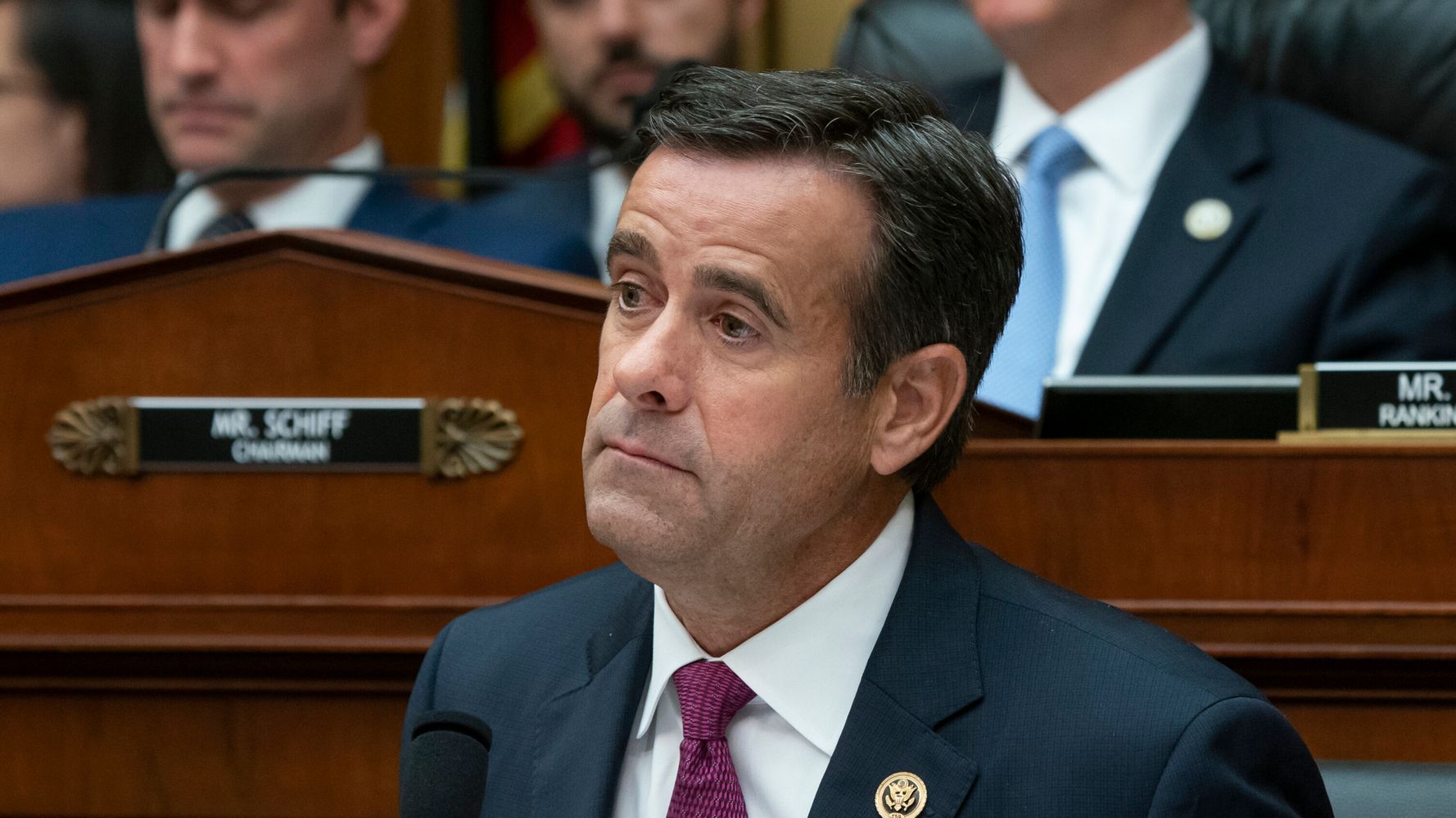 President Donald Trump on Friday said that his pick for director of national intelligence, Rep. John Ratcliffe (R-Texas), will not proceed with the confirmation process, blaming “the LameStream Media.”

Trump tweeted Friday that he persuaded Ratcliffe to avoid “months of slander and libel,” saying that Ratcliffe had been “treated very unfairly by the LameStream Media,” and it would be “miserable… to deal with these people.”

Our great Republican Congressman John Ratcliffe is being treated very unfairly by the LameStream Media. Rather than going through months of slander and libel, I explained to John how miserable it would be for him and his family to deal with these people….

….John has therefore decided to stay in Congress where he has done such an outstanding job representing the people of Texas, and our Country. I will be announcing my nomination for DNI shortly.

The Texas congressman, a fierce defender of Trump, faced criticism for a lack of experience in national security. Many lawmakers expressed concerns about his record, signaling that his confirmation process was in jeopardy.

The Washington Post reported earlier this week that a number of current and former intelligence officials called Ratcliffe “the least-qualified person ever nominated to oversee the country’s intelligence agencies and questioned whether he would use the position to serve Trump’s political interests.”

Lawmakers also sounded alarm bells about Ratcliffe’s qualifications and deference to Trump, such as his opposition to special counsel Robert Mueller’s investigation into Trump.

Earlier this week, Sen. Ron Wyden (D-Ore.), a member of the Senate Intelligence Committee, called Ratcliffe “the most partisan and least qualified individual ever nominated to serve as Director of National Intelligence.”

“The sum total of his qualifications appears to be his record of promoting Donald Trump’s conspiracy theories about the investigation into Russian interference and calling for prosecution of Trump’s political enemies,” Wyden said in a press release.