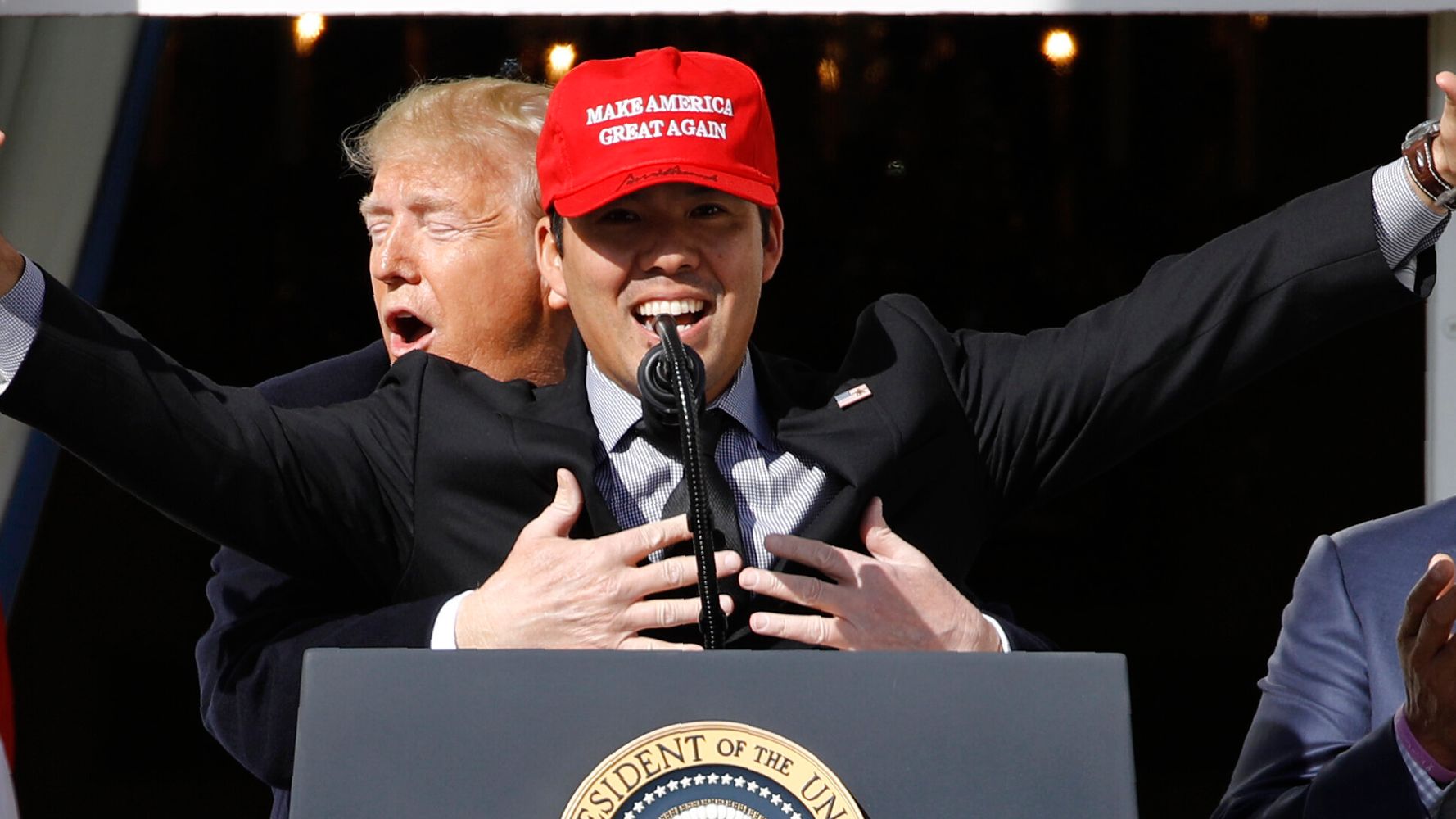 Trump hugged Suzuki from behind as the player ― who was wearing a Trump campaign “Make America Great Again” hat ― addressed fans from a lectern.

The bizarre incident soon became a meme, with many people likening it to that particular moment between Leonardo DiCaprio and Kate Winslet’s characters Jack and Rose in the hit 1997 movie “Titanic.”

Kurt Suzuki: the umpiring has been atrocious these first 6 games.
Trump: I agree. I think I can fix it for game 7. I would like you to do us a favor though. pic.twitter.com/JyG22WrZ8V

Are they recreating that Janet Jackson Rolling Stone Magazine cover?

Society: Trump administration ripped children (many below the age of 5) from their parent’s arms simply for seeking asylum.

Got $100 says Kurt Suzuki went back to the Oval Office after this and asked Trump to draw him like one of his French Girls. pic.twitter.com/McdhZWsNIk