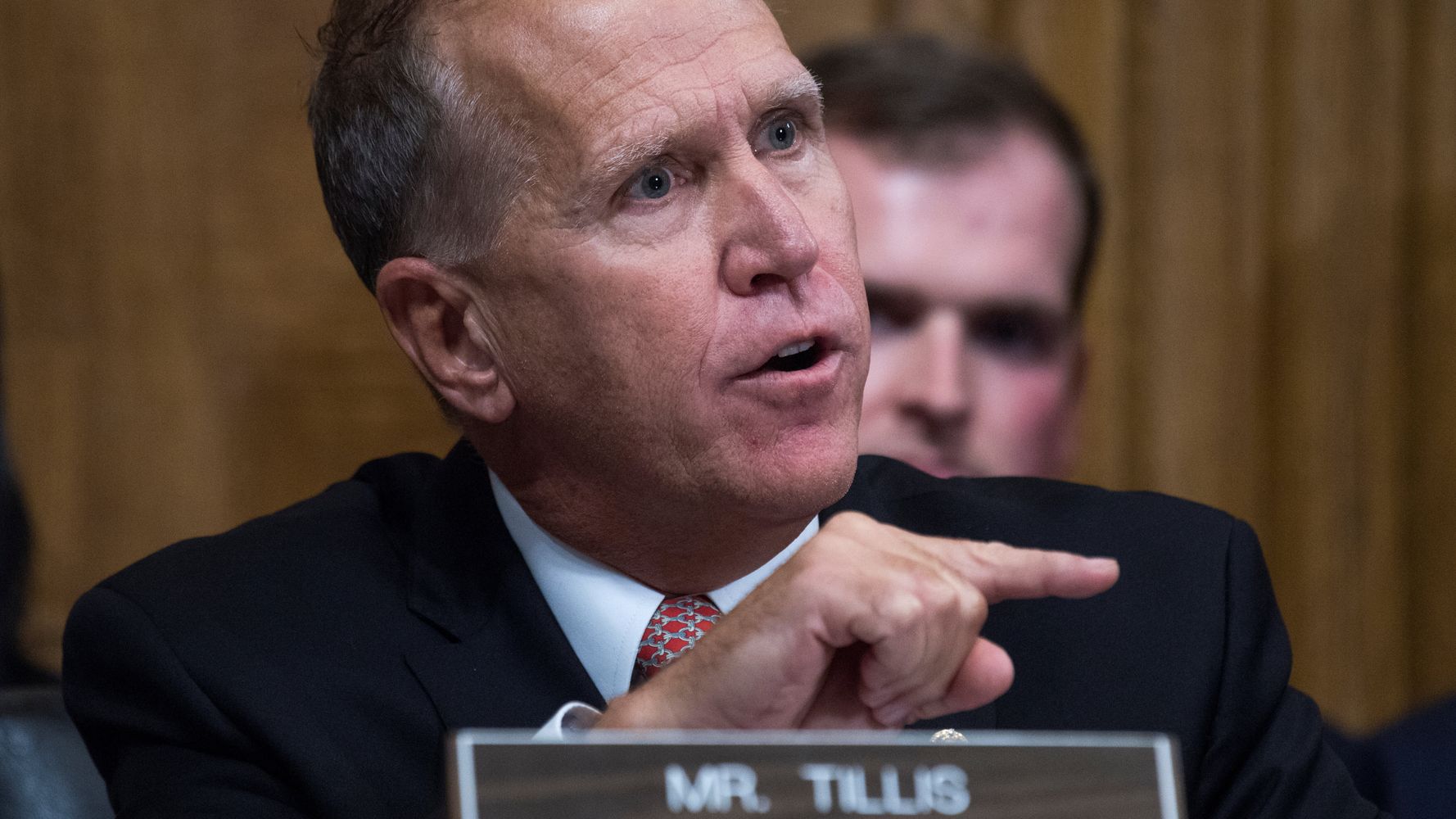 Republican senators facing tough reelection fights next year are sticking with President Donald Trump despite taking heat back home over his administration’s announcement that it would fund construction of a wall on parts of the U.S.-Mexico border with money that had been earmarked for military projects in their states.

The bad news for GOP senators in swing states like North Carolina, Arizona and Colorado is that the political situation for them is bound to get tougher.

Democrats on Tuesday announced they would once again force a vote to overturn Trump’s emergency declaration on the border, which allowed him to divert billions in funds Congress had approved for other programs. Such a vote is authorized by the National Emergencies Act, which means Republicans cannot block the vote.

“If we don’t do it, how many more emergencies will the president declare? Who else will he take money from and use it for purposes that he wants but that Congress doesn’t and the American people are largely opposed to?” Senate Minority Leader Chuck Schumer (D-N.Y.) asked Tuesday on the Senate floor.

Only 12 Republican senators joined Democrats in voting to terminate Trump’s emergency declaration in March, short of the two-thirds majority needed to block it. The new vote, which is expected later this month, is unlikely to ultimately change any GOP votes. But it does put vulnerable Republicans, who faced bad press in their states after the Pentagon identified 127 projects that will lose funding, on the spot once more.

Sen. Thom Tillis (R-N.C.), who initially opposed Trump’s emergency declaration but reversed himself just hours before the March vote, said he still stands with the president on the matter. But he expressed confidence that Democrats would agree to “backfill” (that is, approve for a second time) the funding Trump has raided from his state for the wall construction, including money for projects at Camp Lejeune and Fort Bragg.

“It’s not like we’re talking about it still being at risk,” Tillis argued to HuffPost, referring to the diverted money.

But Democrats have vowed not to approve the same funding a second time, calling the administration’s refunneling of funds a perversion of the appropriations process. The dispute has put the future of the delayed military projects, as well as several initiatives designed to help U.S. allies counter Russia abroad that have also been deferred to build the border barriers, into jeopardy.

Sen. Martha McSally (R-Ariz.), who is also facing an election next year, told reporters on Tuesday she planned on being “consistent” with her position in March and vote again to uphold Trump’s emergency declaration. The Arizona Republican previously said she had received assurances from the Defense Department that her state would be spared from losing funding ― even though that turned out not to be the case.

“I support border security, and I also support our military,” McSally said. “I think we should be able to do both.”

Republicans on the Senate Appropriations Committee on Tuesday proposed increasing funding for Trump’s wall by an additional $12 billion, taking as much as $5 billion from domestic programs to do so. They also requested another round of military construction funding that would go instead toward building the border wall, in addition to the $3.6 billion he has already taken that they’d like to “backfill.”

But Democrats dismissed the proposal as a nonstarter. They are expected to counter with their own offer later this week as talks to avoid another government shutdown on Sept. 30 heat up.

“They hate their position. They won’t even privately defend themselves,” said Sen. Brian Schatz (D-Hawaii), the top Democrat on the Senate Appropriations Subcommittee on Military Construction and Veterans Affairs. “I think they have to demonstrate that this won’t work, and then they can get to the negotiation.”