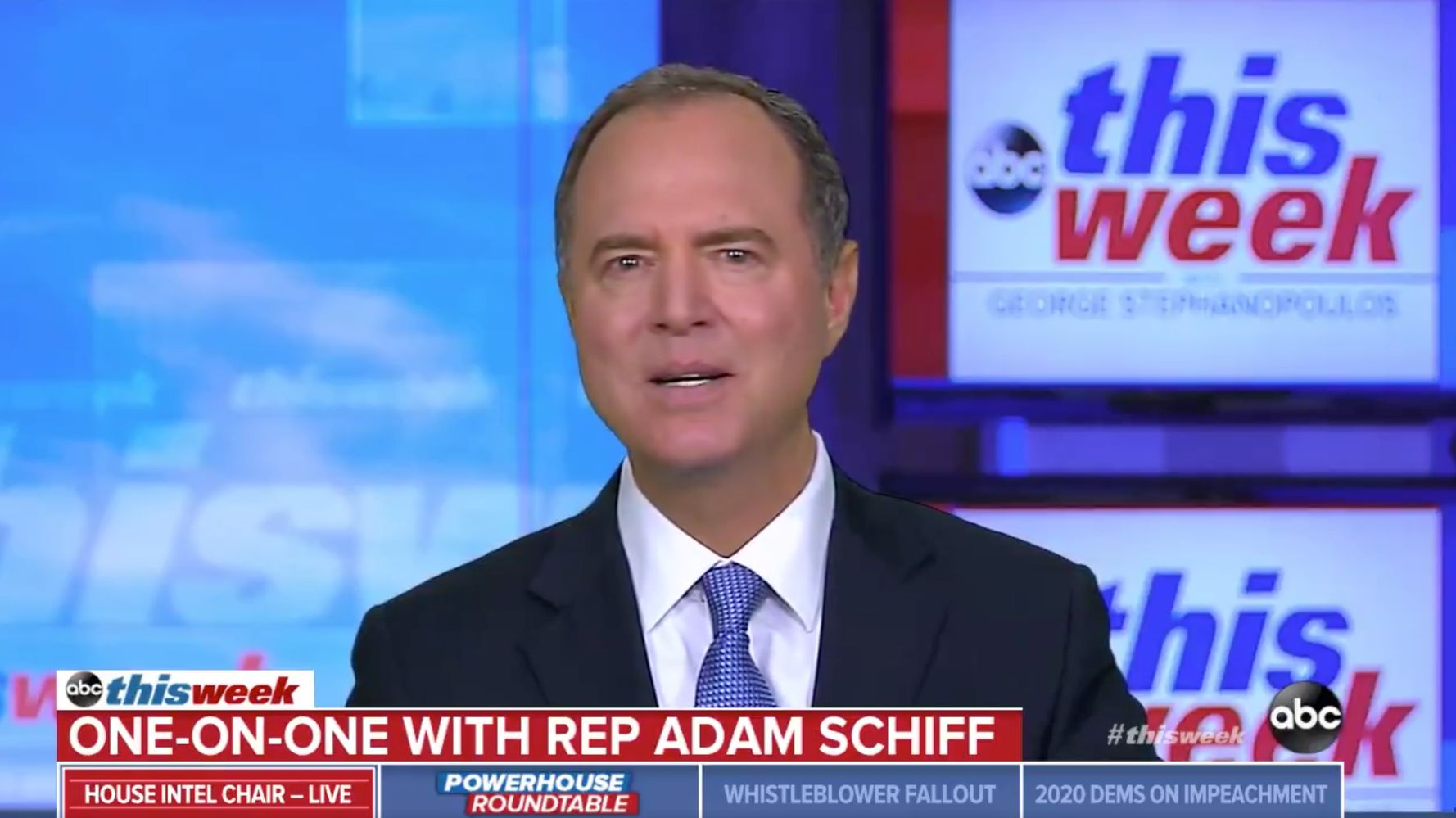 The U.S. intelligence official who filed the whistleblower complaint about President Donald Trump’s dealings with Ukraine has agreed to testify before the House Intelligence Committee, according to committee Chairman Adam Schiff (D-Calif.).

Schiff told ABC’s “This Week” that he expects the whistleblower to appear before his committee “very soon.” The date of the hearing has not yet been set and is dependent on how quickly acting Director of National Intelligence Joseph Maguire can complete the security clearance process for the whistleblower’s attorneys, he said.

“We’re ready to hear from the whistleblower as soon as that is done,” Schiff said. “And we’ll keep obviously running shotgun to make sure that [Maguire] doesn’t delay in that clearance process.”

NEW: Adam Schiff has reached agreement with whistleblower to come before House Intelligence Committee, he tells @ThisWeekABC, and says he expects to hear from the whistleblower “very soon.” https://t.co/S0bTTE1vKj pic.twitter.com/e7uJSxxyT8

Maguire, who testified before the House Intelligence Committee about the complaint on Thursday, told the panel that he believes the whistleblower “acted in good faith” and “followed the law.”

But Trump has questioned the whistleblower’s patriotism and reportedly suggested Thursday that the complaint, which also alleges a White House cover-up of Trump’s July call with Ukrainian President Volodymyr Zelensky, amounts to “treason.”

“Who’s the person who gave the whistleblower the information? Because that’s close to a spy,” Trump reportedly told U.S. diplomats in New York City. “You know what we used to do in the old days when we were smart with spies and treason, right? We used to handle it a little differently than we do now.”

The whistleblower has not been publicly identified, though The New York Times and The Wall Street Journal reported he is a CIA officer previously detailed to the White House.

Schiff condemned Trump’s “threats” against the whistleblower on Sunday and said his committee would pay close attention to the security risks involved in his testimony.

“We are taking all the precautions we can to … allow that testimony to go forward in a way that protects the whistleblower’s identity,” he added. “With the president issuing threats … you can imagine the security concerns here.”