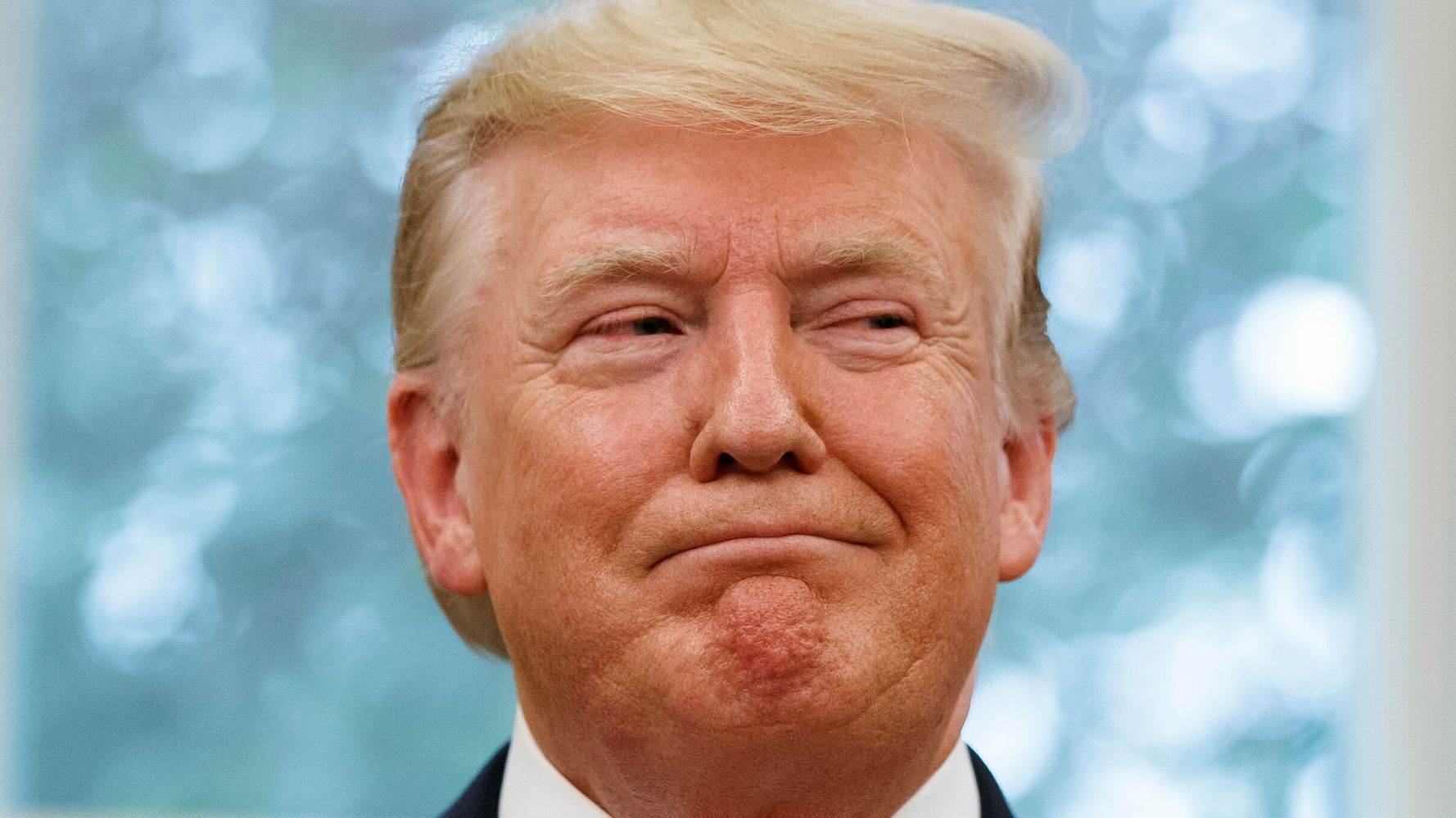 On Friday afternoon, Trump shared to Twitter a CNN segment which noted how Alabama could be affected by the storm. The doctored clip ended with the network’s logo superimposed over a car, which crashes and explodes.

Right-wingers rejoiced over Trump’s apparent owning of the network, that he often calls “fake news.”

However, Trump’s tweet itself soon got shot down in flames.

Many Twitter users pointed out that the CNN bit actually aired on Wednesday, Aug. 28. The chyron even read: “Dorian On Track To Hit East Coast On Labor Day Weekend,” proving it aired well before the weekend.

Trump, however, issued his Alabama warning on Sunday, Sept. 1 ― by which time the forecast of Dorian’s path had significantly altered.

The @CNN clip included here aired around 10 p.m. on Aug. 28, or nearly three days before Trump’s first tweet about Alabama on Sunday morning, Sept. 1. In that time, forecasts of the hurricane’s track changed. By Sunday morning, Alabama was no longer considered at risk. https://t.co/CNDjo6fxwT

1) The CNN report was from Wednesday or Thursday at the latest. Trump tweeted about Alabama on Sunday well after the hurricane path had changed significantly.

2) Trump is a sick, desperate, fragile shell of a man. https://t.co/n7i2lFDZAd

This aired on 8/28, FOUR days before Trump said Alabama was still in the path. THE NATIONAL WEATHER SERVICE had already ruled out Alabama by the time Trump said it would be hit.

BUT PLEASE KEEP GOING, I LOOOOOOOOOOVE THIS SO MUCH! https://t.co/Snpmuu0OsQ pic.twitter.com/pzLL7TeT2C

This spray-tanned sack of cheeseburgers and flop sweat and his minions were too lazy to notice the CNN chyron that places this report on last Thursday, at the latest. https://t.co/mom4O2qOJQ

Trump just again tweeted about the Alabama lie. Worse yet, his “proof” undercut his argument. He shared a CNN broadcast from WED Aug 28 claiming Dorian might hit Alabama. Trump claimed this was still true on SUN Sept 1, 5 days later when it wasn’t. https://t.co/VVr5SVwZjA pic.twitter.com/IQpOWkybj7