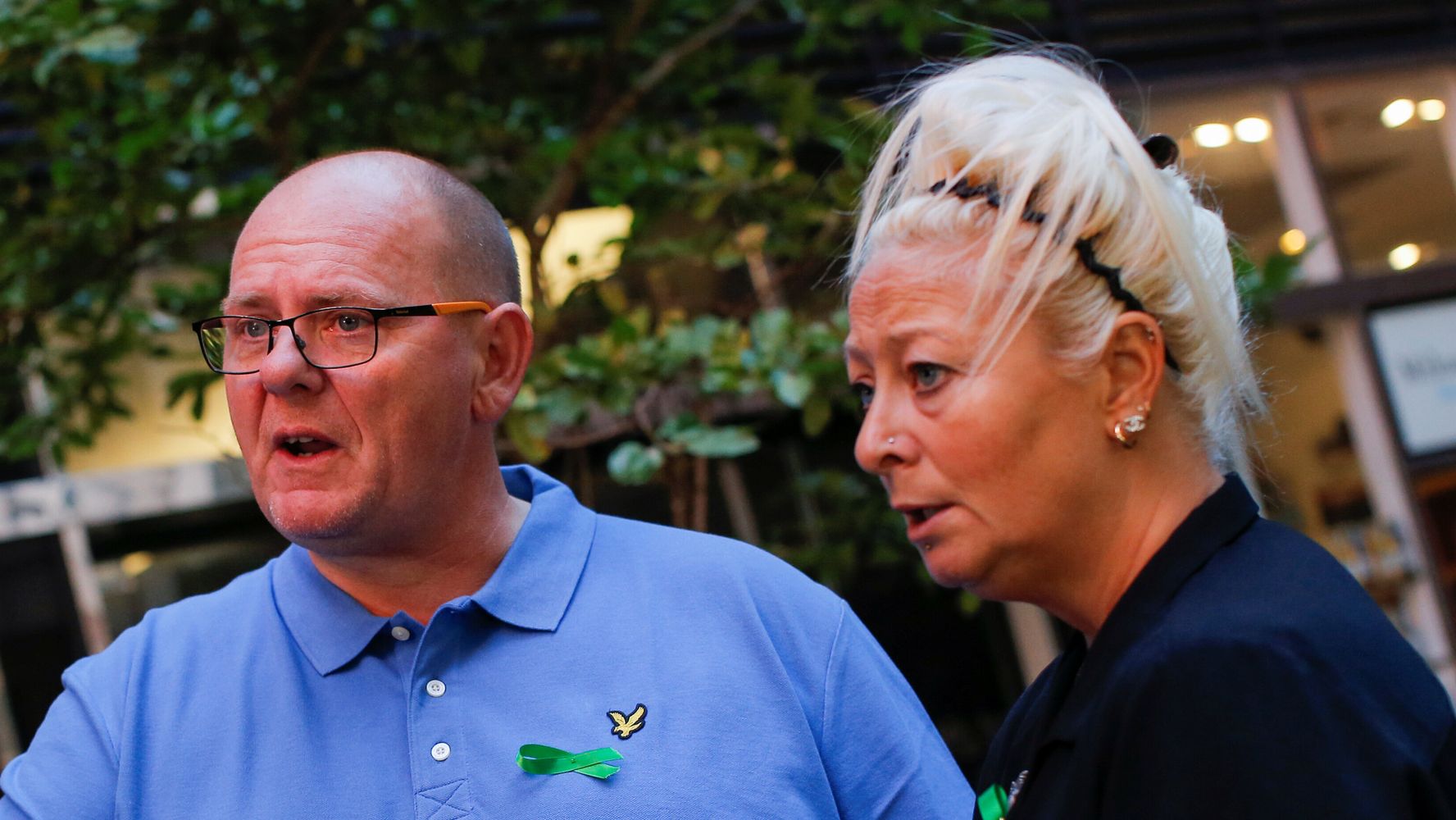 The parents of a British teenager fatally injured in an accident involving the wife of a U.S. envoy said Thursday that President Donald Trump offered them a check when they visited the White House last month.

Harry Dunn, 19, was on his motorcycle in late August when he collided with a  car driven by Anne Sacoolas, who has apologized. Sacoolas, wife of envoy Jonathan Sacoolas, was reportedly driving on the wrong side of the road when the accident occurred. She soon returned to the U.S. and claimed diplomatic immunity.

Trump also sprang on the Dunns that Sacoolas was waiting in a nearby room, and he encouraged the parents to meet with her. They angrily refused — and turned down the check.

Charles said she’s determined that Sacoolas return to Britain to face the consequences. “It is frustrating,” she said. “They must see there’s something not right. Why are they making it difficult?”

Seiger said that when Trump told them during the White House visit ”‘We’ve got the driver here,’ he basically meant we’re all going to have a big hug and a kiss and I’ll get my Treasury guy to write a check … the more I think about those words, the more shocking it is.”

The day after the White House meeting, Trump told reporters that driving in Europe is “very tough if you’re from the U.S.”

Because of problems with summoning emergency care, Dunn lay mortally injured after the accident for close to an hour. When his father was finally alerted about the accident, he rushed to the scene to find his son conscious and in pain. “Harry, it’s your dad,” he told him. “They’re gonna fix you.” Harry Dunn died after he was rushed to a hospital.

Harry Dunn’s father tells @GayleKing he was able to get to the accident scene and see his son for the last time.

“I could see broken bones out from his arms and stuff, but he was talking… I called over to him and said “Harry, it’s your dad. They’re gonna fix you.” pic.twitter.com/5fQWE1dGnK

The Dunns were told by an official at the White House that Sacoolas will not return to Britain.

The British foreign secretary said last month that the government believed diplomatic immunity “clearly ended” for Sacoolas when she left the country following the accident.

Sacoolas’s lawyer has issued a statement saying her client is “devastated by this tragic accident. No loss compares to the death of a child and Anne extends her deepest sympathy to Harry Dunn’s family.”

The White House could not immediately be reached for comment about the reported offer of a check.