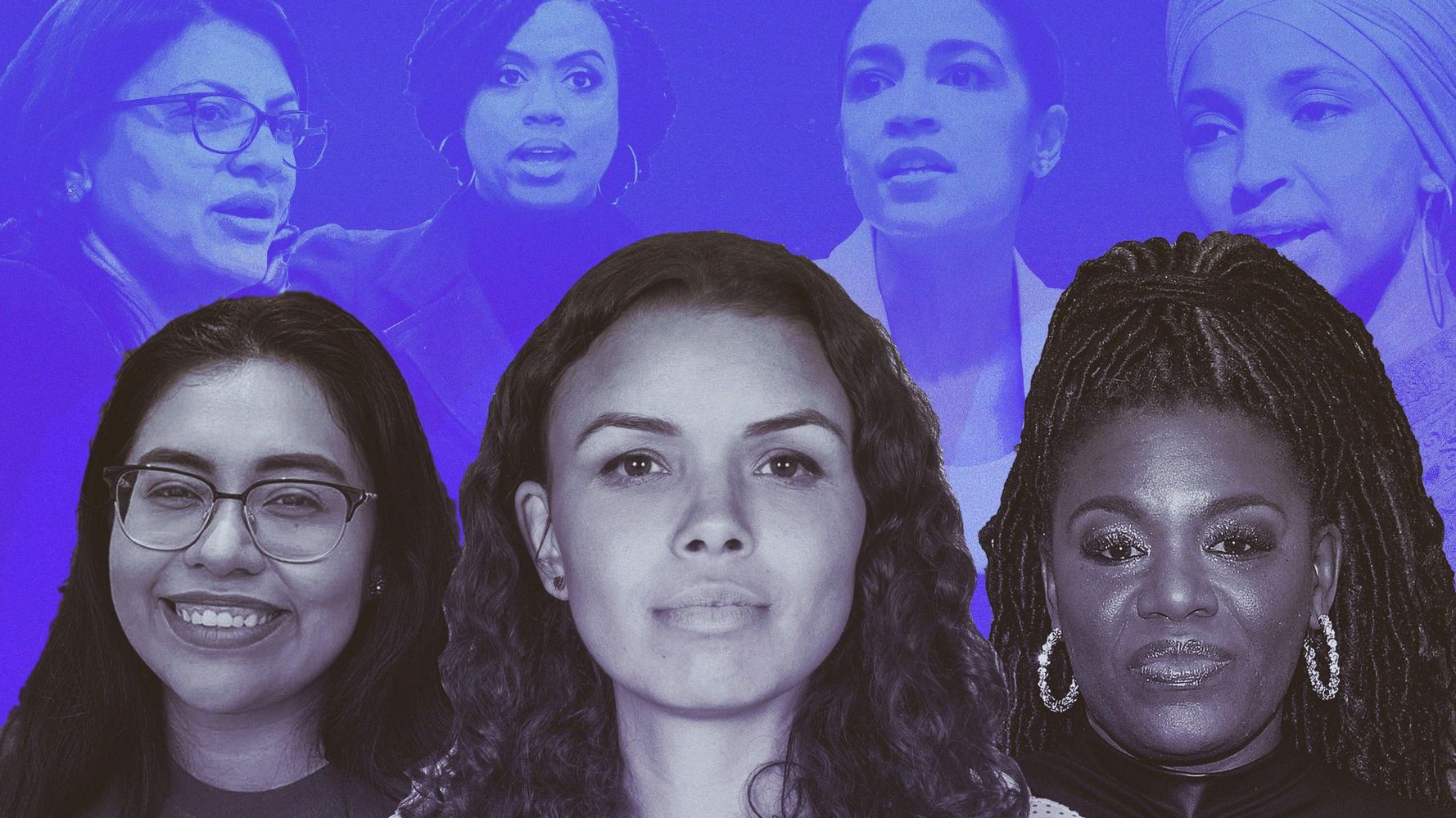 For women of color running for Congress in 2020, President Donald Trump’s repeated attacks on the “Squad” of freshman congresswomen have only added more fuel to their determination to seek office.

“To see him attacking women of color like me, it’s disgusting but not surprising at all,” Jessica Cisneros, a candidate for Congress out of Texas, told HuffPost earlier this week. “As a Mexican-American woman, I took offense since Day 1 from [Trump] calling Mexicans rapists,” she added, noting her hometown and district of Laredo is predominantly Latinx.

“By us taking up these spaces, having a seat at the table, it’s important to fight against the racism of the president and this administration,” Cisneros said. “It doesn’t discourage me at all ― if anything it makes me want to win this even more.”

In his latest attacks, Trump tweeted Thursday that it would show “great weakness” if Israel allowed Reps. Ilhan Omar (D-Minn.) and Rashida Tlaib (D-Mich.) to visit the country, falsely claiming that America’s first two Muslim congresswomen “hate Israel & all Jewish people.” The comments came amid Israel’s decision to ban the two women from entering the country. (Israel has since said it would allow Tlaib to visit, but she declined, saying she wouldn’t go “under these oppressive conditions.”)

It would show great weakness if Israel allowed Rep. Omar and Rep.Tlaib to visit. They hate Israel & all Jewish people, & there is nothing that can be said or done to change their minds. Minnesota and Michigan will have a hard time putting them back in office. They are a disgrace!

Representatives Omar and Tlaib are the face of the Democrat Party, and they HATE Israel!

Back in July, the president tweeted a racist rant clearly targeting four freshman congresswomen: Democratic Reps. Omar, Tlaib, Alexandria Ocasio-Cortez (N.Y.) and Ayanna Pressley (Mass.). He said they should “go back and help fix the totally broken and crime infested places from which they came.” All four women are U.S. citizens, and only Omar was born outside the United States. All four are also women of color.

Trump then doubled down on his attacks the following week at a rally in North Carolina, saying if the congresswomen “don’t like” America, “let them leave.” At the same event, his supporters launched into a racist chant of “Send her back!” as Trump mentioned Omar. Omar, who is Black and Muslim, came to the U.S. as a refugee from Somalia when she was a child.

Earlier this week, HuffPost spoke to three women, all Democrats, running for Congress in 2020: Cisneros, Morgan Harper in Ohio and Cori Bush in Missouri. They would be in similar shoes as the so-called “Squad” as freshmen lawmakers if they win. And while they all thought Trump’s attacks were “disgusting,” as Cisneros and Bush put it, they’ve also felt even more sure of the nation’s dire need for more people who look like them in seats of power.

“It highlighted for me the importance that women of color … continue to run for these seats,” said Harper, who is Black. “At this point nothing could deter me.”

The Squad is changing our politics! Pushing the narrative on every progressive issue is what I’m all about, and I’m ready to be THE additional voice in DC to continue challenging the status quo. Please help me join the Squad and make history in MO-1: https://t.co/RWMdtQEFsj pic.twitter.com/vmuh8tEQj6

I’m a brown woman from a border town; I don’t want to be afraid every time my family and I leave our home.

Our families don’t deserve to live in fear.

Yet, here we are, thanks to Trump’s hateful rhetoric. Anyone who enables him is responsible as well. https://t.co/MVpP7udeAd

In the past, Trump’s attacks on Omar led to increased death threats against the congresswoman. But for the candidates HuffPost spoke to, they were less worried about themselves and more for their constituents and other everyday Americans who might be targeted by hate inspired by Trump’s rhetoric.

Cisneros brought up the mass shooting in El Paso ― a border town in Texas with a significant Latinx population, much like hers. The shooter, who killed 22 people, had shared a racist, anti-immigrant manifesto railing against “the Hispanic invasion of Texas.” This year alone, Trump used the word “invasion” in more than 2,000 Facebook ads for his reelection.

“To see [Trump’s words] translated not just to attacks on congresswomen, but also attacks on our community ― what happened in El Paso, it’s reminiscent of our district. We felt that could have been us,” said Cisneros, who grew up in Laredo.

“He knows what he’s doing,” Bush, who is Black and running in a district that includes St. Louis, echoed. “It’s not just affecting the Squad. It affects people who do not have security, people who go to the grocery store and want to lash out because of what the president said.”

Bush ― who was featured in the Netflix documentary “Knock Down the House” ― said that since Trump’s July attacks, she’d received messages on social media telling her to “go back” ― not for the first time, but it was “different because I knew exactly where it was coming from.”

Attacks on us taking up spaces that aren’t meant for us ― as women of color, we have the experience of facing this our entire lives.
Jessica Cisneros

However, the candidates said they were used to the risks of pursuing positions of power as women and people of color who have had to navigate a sexist, racist world. They’ve long known what it’s like to challenge the status quo just by being themselves in positions some wouldn’t expect them to reach.

“Attacks on us taking up spaces that aren’t meant for us ― as women of color, we have the experience of facing this our entire lives,” Cisneros said, noting she’d felt this throughout her higher education. “In law school, people telling me I shouldn’t be where I am. But I’ve been proving people wrong every step of the way, and this congressional race is no different.”

Asked if they were worried about a younger generation of girls who might be dreaming of one day entering politics, seeing attacks on people who look like them, the candidates had a mixed response.

“I don’t see it affecting younger women wanting to step out and run for office,” Bush said. “I think they’re seeing that these women are facing this and standing, that they’re not backing down. It will make young women feel empowered.”

Harper said she worried about this “for all children.”

But she gets hope from how people in the Ohio district she’s running in around Columbus, where there is a large Somali American community, have responded to the attacks on Omar, the first Somali American in Congress.

“They say that Ilhan Omar is fearless, and that’s the image they want their children to see,” she said. “I look forward to winning this position, for children to see anything is possible, don’t put limits on yourself.”