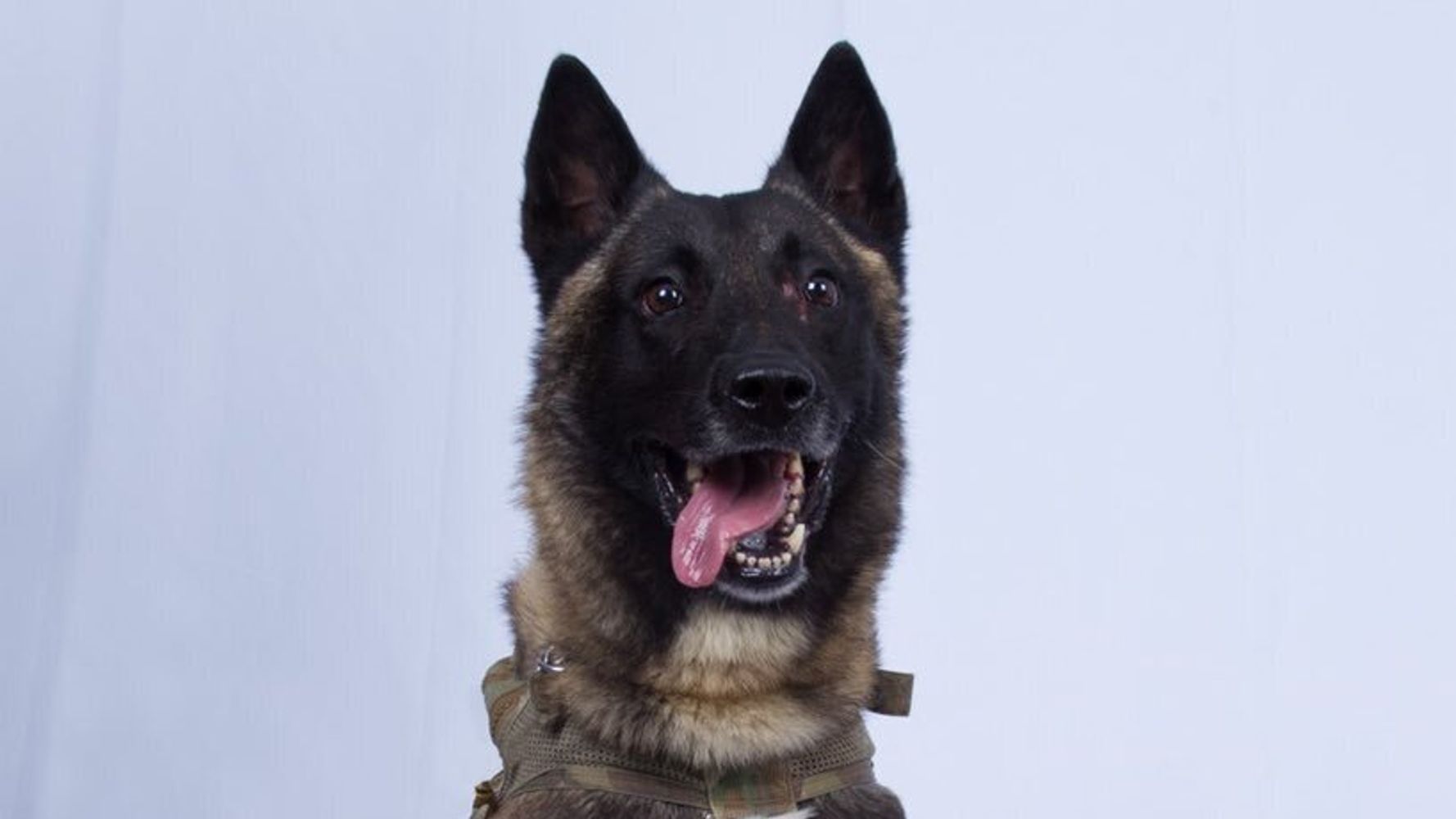 President Donald Trump on Monday released a declassified photo of a member of the U.S. military team responsible for the raid that led to the death of Abu Bakr al-Baghdadi, the leader of the so-called Islamic State. As it turns out, the hero is a four-legged fur ball.

An image of the dog ― whose name is being kept confidential ― was posted on Twitter along with a praiseful message from the commander in chief, who called the canine “wonderful,” crediting the dog, which appears to be a Belgian Malinois, for a job well done.

We have declassified a picture of the wonderful dog (name not declassified) that did such a GREAT JOB in capturing and killing the Leader of ISIS, Abu Bakr al-Baghdadi! pic.twitter.com/PDMx9nZWvw

Naturally, the photo inspired Twitter users to begin “declassifying” images of their own pets, including parodies of the newly revealed pooch.

“We have declassified a picture of the wonderful dog (name not declassified) that did such a GREAT JOB in capturing and killing the Leader of ISIS, Abu Bakr al-Baghdadi!” pic.twitter.com/i5N7e6XVtg

I’ve declassified this picture of my dog, name withheld. He could definitely run down a terrorist if needed, based solely on how he barks and lunges almost all other dogs on our walks regularly. Also, see those two teeth? There are more where that (underbite) came from pic.twitter.com/2lRuLuDkBo

I have declassified this picture of my dogs pic.twitter.com/onbV2OIFAr

In a press conference Sunday, Trump announced that Baghdadi had died in northwestern Syria, delivering a vivid description of the operation that occurred the night before.

According to the president, American military dogs chased Baghdadi down a dead-end tunnel as he was “whimpering and crying and screaming all the way” before detonating a suicide vest and killing himself and three of his children whom he had dragged along with him. The tunnel then collapsed from the blast, Trump said.

The president told reporters a “beautiful” and “talented” dog “was injured and brought back.” On Monday, Joint Chiefs Chairman Gen. Mark Milley said the dog was “slightly wounded and fully recovering” but had already returned to duty.

According to New York Times correspondent Katie Rogers, the dog has a standing invitation to the White House “whenever he can get over here,” a senior official said.