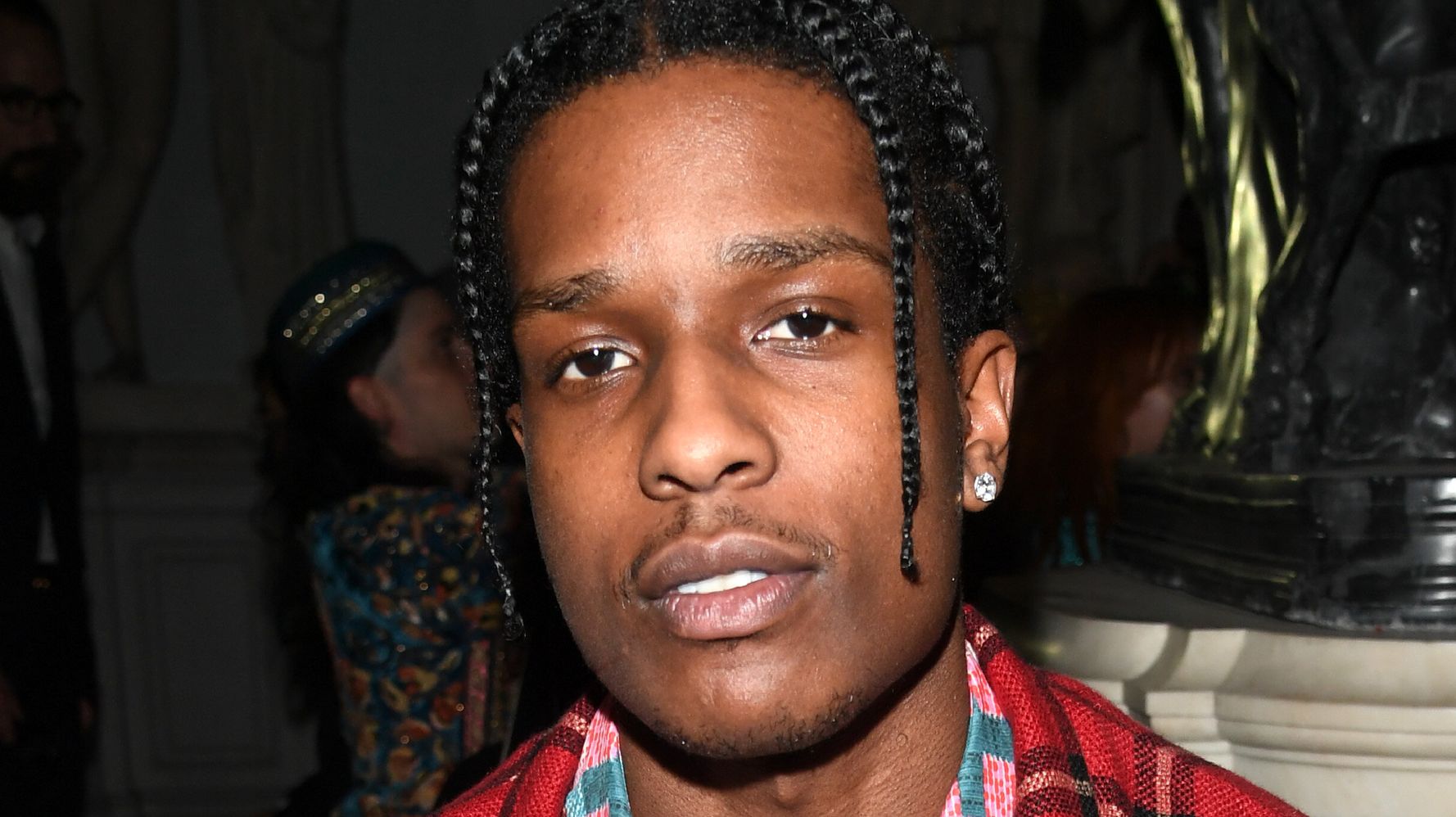 LOS ANGELES (AP) — Nearly a month after he was arrested in Sweden, rapper A$AP Rocky returned to the United States as the verdict in an assault case against him and two other Americans looms.

Los Angeles television stations reported the artist was among a group of people shown emerging from a private airplane at Los Angeles International Airport in footage broadcast late Friday night. The 30-year-old whose real name is Rakim Mayers had flown out of Stockholm Arlanda Airport on Friday, the same day the trio learned they would be released while judges mull a verdict that’s expected Aug. 14.

Along with David Rispers Jr. and Bladimir Corniel, the rapper is accused of beating 19-year-old Mustafa Jafari on June 30, outside a fast-food restaurant in central Stockholm. Mayers, who had been jailed since his July 3 arrest, pleaded not guilty at the start of the three-day trial Tuesday.

One of the witnesses to the assault revised her story from initial police reports, testifying Friday that she didn’t actually see Mayers hit Jafari with a bottle — a key focus of the trial. She and a friend, testifying anonymously at Stockholm District Court, both maintained that they did see Mayers and his partners assaulting Jafari, though.

“Everything happened very quickly. We were scared for our lives,” the first woman told the court in Swedish. “He (Jafari) was bleeding. He showed his injuries on his hand. He also said he had a sore back.”

Mayers said he acted in self-defense when Jafari and another man would not leave them alone. Mayers’ bodyguard, Timothy Leon Williams, also testified Friday, sharing a story similar to what the rapper told the courtroom when he took the stand earlier in the week.

Williams said he asked Jafari to “go away” when he approached the group a second time outside the restaurant.

“I knew something’s not right about him. I’m noticing it because I’m a bodyguard,” Williams said in English. “And now, I’m looking at him like, ‘Yo, what’s wrong with you?’ I’m looking at him and saw that his eyes were really glossy, like he’s on something.”

Mayers had also testified earlier this week that he suspected Jafari and his friend were under the influence of some drug, which officials have not yet commented on.

The case has attracted the attention of prominent figures, from Justin Bieber to President Donald Trump. Trump, who caused a stir in U.S.-Swedish diplomatic relations after publicly offering support to the Grammy-nominated artist, celebrated the temporary release.

“It was a Rocky Week, get home ASAP A$AP!” the U.S. president said in a tweet.

A$AP Rocky released from prison and on his way home to the United States from Sweden. It was a Rocky Week, get home ASAP A$AP!

Swedish Prime Minister Stefan Lofven heard an appeal from Trump in July, but said he couldn’t interfere in a legal case.

Robert O’Brien, a U.S. special presidential envoy sent to monitor the court proceedings, stressed that Washington was “grateful that I got to attend and observe the judicial process” in Sweden.

After learning they would be released, the three suspects shared hugs as some of the public gathered inside the courthouse loudly cheered. Mayers’ mother, Renee Black, was present throughout court proceedings and was with her son when he was released.

The rapper shared an emotional post on Instagram after he was released, thanking his fans for their support during this “very difficult and humbling experience.”