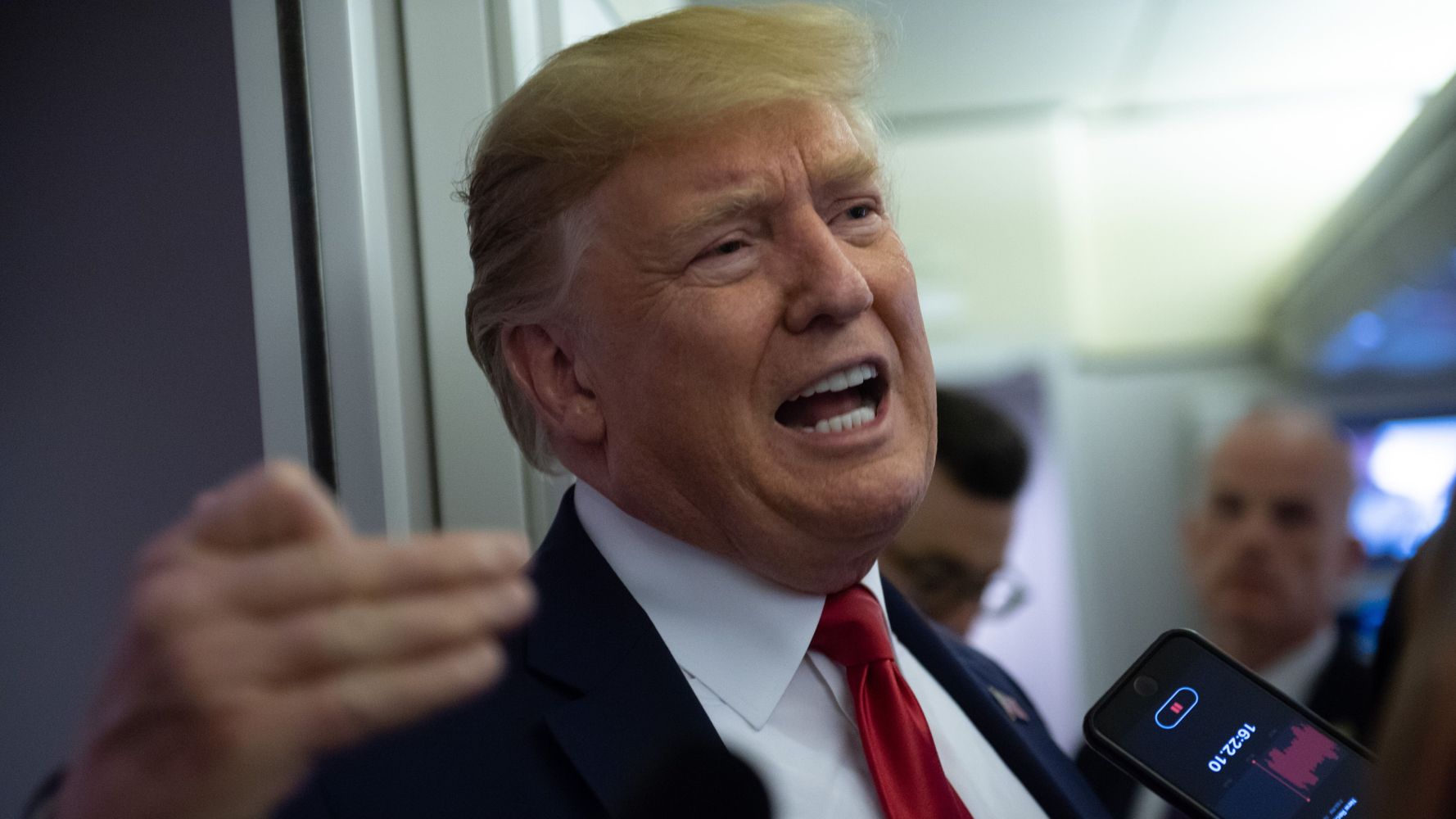 After calling for “love” and unity following two deadly mass shootings in Ohio and Texas, President Donald Trump did what he knows best: throw bombs on Twitter.

From Democrats to the media to the tech world, just about everyone this week felt the president’s wrath despite his promise to unite the grieving, angry communities of El Paso and Dayton, as well as a shocked nation reeling after two consecutive shootings in which at least 31 people died and scores more were injured.

On Wednesday, Trump spent much of the day doing the things presidents customarily do after horrific tragedies: meeting local leaders, visiting with victims and first responders, and giving comfort to those impacted.

But on Twitter, the president’s alter ego raged at various Democratic officials who have criticized him, boasted about his rally crowd sizes, lashed out at the media ― generally behaving as if the shootings never happened in the first place.

Here’s a rundown of the president’s week on Twitter so far:

Attacked the media, saying it has “contributed greatly to the anger and rage”:

The Media has a big responsibility to life and safety in our Country. Fake News has contributed greatly to the anger and rage that has built up over many years. News coverage has got to start being fair, balanced and unbiased, or these terrible problems will only get worse!

The day before heading to Dayton to visit victims and first responders, Trump launched a series of tweets criticizing Google over unfounded accusations of election tampering.

[email protected] of Google was in the Oval Office working very hard to explain how much he liked me, what a great job the Administration is doing, that Google was not involved with China’s military, that they didn’t help Crooked Hillary over me in the 2016 Election, & that they…

… are NOT planning to illegally subvert the 2020 Election despite all that has been said to the contrary. It all sounded good until I watched Kevin Cernekee, a Google engineer, say terrible things about what they did in 2016 and that they want to “Make sure that Trump losses…

Attacked the state of California:

The president also took issue with a new California law that requires all presidential and gubernatorial candidates to publicly release their tax returns, calling it “just more of the record setting Presidential Harassment.”

“California is trying to meddle with a ballot in order to oppose President Trump, and it’s clearly something California is not allowed to do. It violates the right of the Republican Party, or any party, to choose its leaders under the Free Speech clause, and under the 14th…..

Told Beto O’Rourke to “be quiet”:

The evening before Trump’s trip to El Paso, O’Rourke’s hometown and a city he previously represented in Congress, the president responded to criticism from the Democratic presidential contender, who accused Trump of inciting violence.

Beto (phony name to indicate Hispanic heritage) O’Rourke, who is embarrassed by my last visit to the Great State of Texas, where I trounced him, and is now even more embarrassed by polling at 1% in the Democrat Primary, should respect the victims & law enforcement – & be quiet!

Trump lashed out at coverage of the former vice president’s speech Wednesday as he flew from Dayton to El Paso to meet with another group of victims of gun violence.

In the speech, which centered on the gun violence, Biden said Trump offers “no moral leadership, seems to have no interest in unifying this nation. No evidence that the presidency has awakened his conscience in the least.”

Watching Sleepy Joe Biden making a speech. Sooo Boring! The LameStream Media will die in the ratings and clicks with this guy. It will be over for them, not to mention the fact that our Country will do poorly with him. It will be one big crash, but at least China will be happy!

Trump and his top aides accused the two Democrats of misrepresenting the reception the president received from shooting victims during his visit to a Dayton hospital on Wednesday. Both Brown and Whaley spoke to the press afterward about Trump’s visit and the mass shooting.

However, while both Brown and Whaley criticized Trump’s past rhetoric, they were only complimentary about his visit to the hospital, CNN reported.

Trump’s tweet came during the Fox News anchor’s daily program and while the president was aboard Air Force One en route to meet with victims of the El Paso shooting.

Watching Fake News CNN is better than watching Shepard Smith, the lowest rated show on @FoxNews. Actually, whenever possible, I turn to @OANN!

After returning to Washington on Wednesday, Trump fired off another tweet targeting Rep. Joaquin Castro after the Texas Democrat tweeted out a list of top Trump donors earlier this week, setting off outrage within the conservative community. The president also took a dig at his brother, presidential candidate Julián Castro.

I don’t know who Joaquin Castro is other than the lesser brother of a failed presidential candidate (1%) who makes a fool of himself every time he opens his mouth. Joaquin is not the man that his brother is, but his brother, according to most, is not much. Keep fighting Joaquin!

Trump also took issue with the fact that many Democrats have called him racist.

The Dems new weapon is actually their old weapon, one which they never cease to use when they are down, or run out of facts, RACISM! They are truly disgusting! They even used it on Nancy Pelosi. I will be putting out a list of all people who have been so (ridiculously) accused!

The president was not happy with Trump biographer Timothy O’Brien’s appearance Wednesday night on MSNBC, lashing out at the network’s host Brian Williams for inviting him. “Saw him on Lyin’ Brian Williams Trump Slam Show. Bad TV…” he tweeted.

Just watched a world class loser, Tim O’Brien, who I haven’t seen or spoken to in many years, & knows NOTHING about me except that he wrote a failed hit piece book about me 15 years ago. Fired like a dog from other jobs? Saw him on Lyin’ Brian Williams Trump Slam Show. Bad TV….